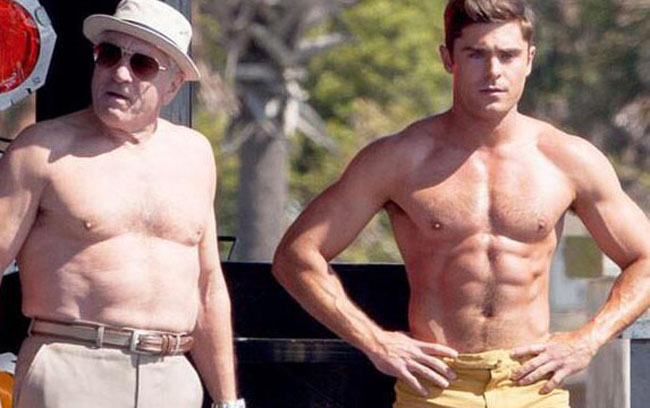 Having starred in all of our favourite guilty pleasure films, Zac Efron has proved time and time again that he is more than just a pretty face!

To celebrate the release of Dirty Grandpa out on Blu-ray and DVD on May 23, we take a look at some of his best roles. Many of us will remember this as Efron’s big break. Although the first two films premiered on Disney Channel, the series garnered so much praise that the third one debuted in cinemas worldwide. He played basketball player Troy Bolton who was torn between pleasing his dad and following his passion for music. This is where his status as serious eye candy was cemented and the fangirling began.

Continuing with the musical theme, he plays Link Larkin – the love interest of Tracey Turnblad in this musical rom-com. He can sing and dance, and has the best hair Tracey has ever seen! He ends up falling for Tracey big time and ditches his bratty girlfriend, Amber. He might not be the sharpest tool in the box, but it makes him all the more endearing.

When a chance accident occurs, Mike O’Donnell (Matthew Perry) accidentally transforms back into his good looking 17-year-old self, played by Efron. He ends up causing havoc as he attends high school with his two children as he believes it’s his mission to help them out.  In order to blend in with the teenagers, he has a makeover complete with new wardrobe, hair, and a flashy car. If you’ve seen this film, you’ll probably still remember the first time you saw him step out of that car. Starring alongside Seth Rogan and Dave Franco, the film shows how life for new parents Mac and Kelly is thrown upside down when a fraternity moves in next door. Fraternity leader Teddy Sanders (Efron) is intent on living up to the legacy of the house and throws the loudest and most outrageous parties. The film features many shirtless scenes of Zac Efron, which of course ticks a lot of boxes.

In a more uptight role, Efron is a successful lawyer who is planning his wedding to his boss’s uptight daughter. However his grandpa, Dick (Robert De Niro), has other plans.  Recently widowed, he wants to travel to Boca Raton in Florida and find girls to… well, you can probably guess. Shocked by his grandpa’s behaviour he tries to leave but eventually gets caught up in his grandpa’s antics. Keeping up the tradition, he has a scene where he wears nothing but a hornet bum bag. This is something you’ll have to see to believe it.