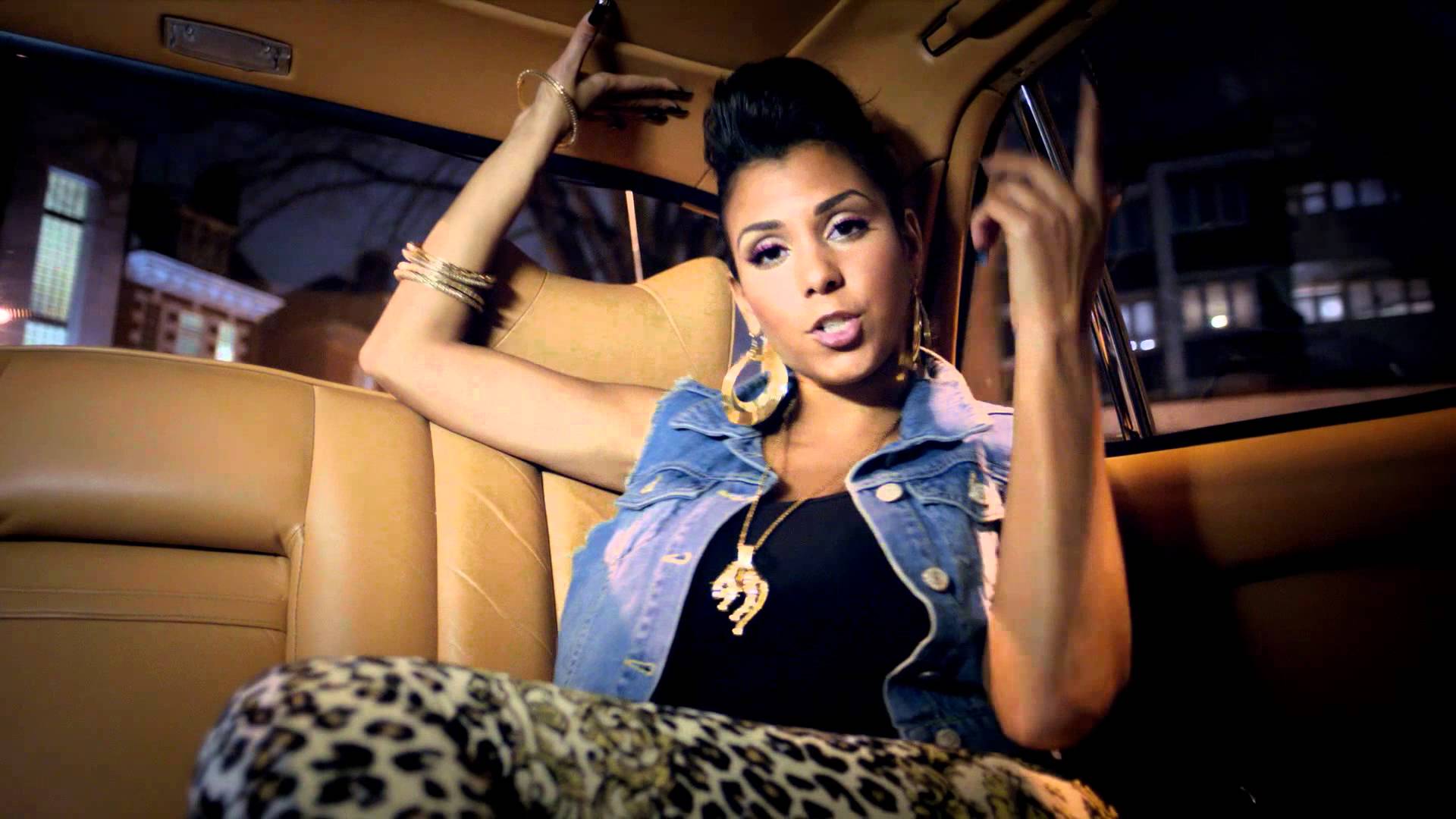 For the last few years, Ny has gradually been working her way up the musical ladder. With a down to earth and relevant swag as the forefront of her talented persona, beneath lies a strong ambition to express her endless love for music. Like many up-and-coming stars, the singer-songwriter has done a great job in building her fanbase and one of her most famous supporters is singer and X- Factor judge Tulisa. Ahead of the release of her new single ‘Music’, which is described as a celebration of what music has done for her, we sat down with Ny to talk friendship, her affection for animals and why she can be fearless. You initially wanted to pursue a career as a vet. How did you get to where you are now?

I guess the pivotal moment in my career was making a mixtape, which was mostly grime and getting lots of artists like Plan B, Professor Green, Sweetie Irie, Curtis Lynch and Wiley on there. Being the only female in a male-dominated scene at the time, I went about selling my own CDs, whilst pushing it to radio stations and my first video ‘Fire’, pretty much placed me on the map. And from there I’ve featured on various albums and even toured with N-Dubz last year.

Did having such a great interest in music and animals play a huge part in your childhood?

Yeah, definitely! I mean everyone always said if you’re not a vet you’re going to have to be a singer, and if you’re not a singer, you’re going to have to be a vet. I loved both so much. Growing up I had rabbits, cats and I even learned to horse ride at age 5. As I’ve got older I have been on Safaris, which has been amazing, but music wise my parents always made sure we had a lot of percussion instruments at home, and they also had huge vinyl collections. I remember me and my sister getting together doing karaoke nights and performing for family members.

You’re vocals make you sound sweet, but is this really the case?

I think everyone has got a different side to their character, and my sweet side tends to come out a lot in my music. Yet, there are other songs where you see my edgier side where I am a bit feistier, but sweet is definitely one of my characteristics, however it is not all of me. You’re often seeing hanging out with well known celebrities. Do you still get star struck?

No! Even when I was younger, I never was someone who got star struck. I think because I always knew I wanted to do music, I kind of felt like I was apart of music before I was actually apart of it. One of the moments I was star-struck was when I was about 8 or 9-years-old, in which I went to a Temptation concert with my Grandad. As they were performing one of the members literally reached out and touched my hands while I was on my Grandad’s shoulders. As you can imagine my excitement levels were off the scale, but since then I respect everyone’s talents, we are all human begins.

Tell us a bit about the inspiration behind your new single ‘Music.’  How did you go about putting it together?

I got in the studio with a really good producer called Pantha. For me, music is such a huge part of my life it’s what I think and dream about. I just wanted to talk about how music is part of me. In the lyrics I mentioned, “If you cut me open, looked into my bones you would see that’s where the melodies flow,” I actually feel as if music flow through me and literally everything I look at I tend to see it from a musical brain. I just wanted to get that across, and I hope that people can relate to it if they also love music. You’re quite active on Twitter (@NyOfficial) — have there been times when you sent out a tweet and seconds later thought “I shouldn’t have sent that?”

All the time [Laughs]… This usually happens day to day but with me, I always speak my mind, and I am always going to say what I want. Sometimes if I say something now, and again, I’ll think maybe I should have saved it instead of putting it on Twitter.  Even so, I think at the end of the day we are all humans and its better to be honest.

So over the years, you’ve maintained a very close friendship with Tulisa. [Plays a clip of ‘Just The Two of Us’ by Bill Withers] You both spend a lot of time together don’t you?

[Laughs]… I love that! Yeah, we like to play scrabble together, have a few cheeky glasses of wine and do just general things that girls do. We also go out to eat, watch films and talk about life.

Speaking of life, Tulisa recently experienced some attention concerning a matter which we’re all aware of. As a friend was it difficult, hearing people making negative comments?

It has definitely been difficult because really you just want to give them a slap across the cheek. [Laughs]… It’s part of the job. It comes with the territory, and I have pretty much just been there making sure she is alright.

Ny’s new single ‘Music’ will be released on May 7. Watch the official music video below:

And also catch Ny supporting Plan B on his forthcoming tour: