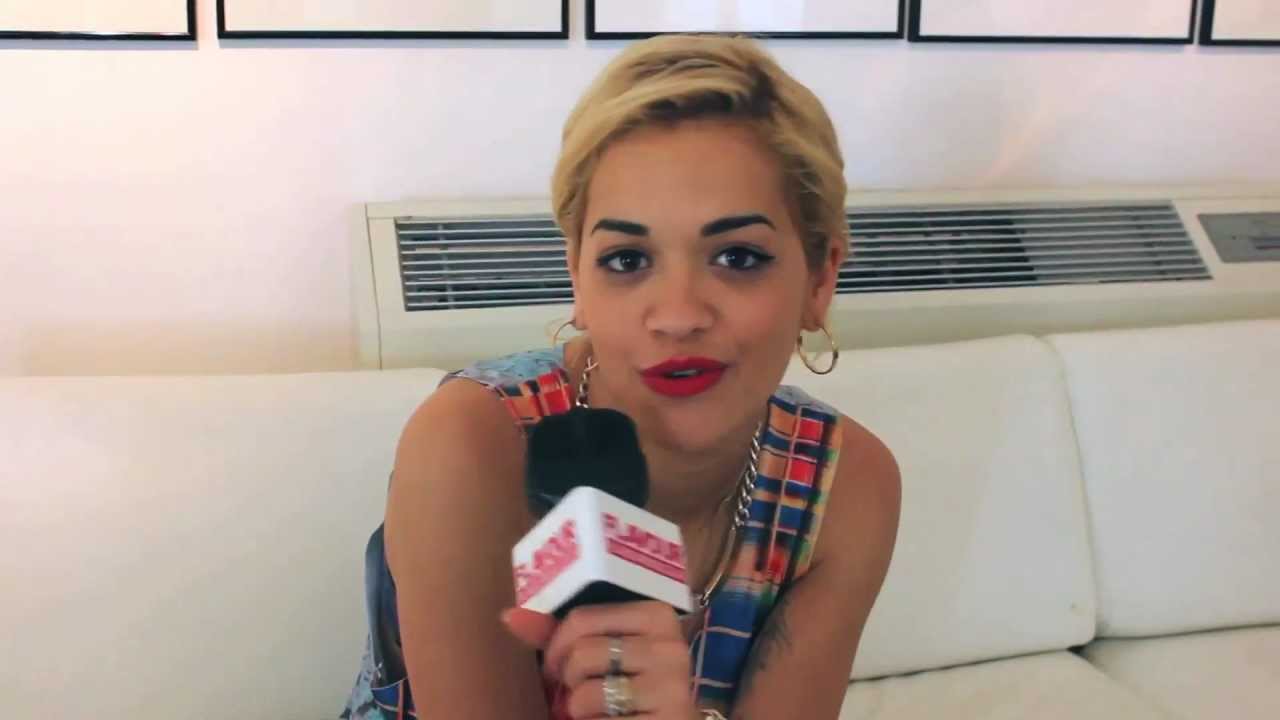 Back in 2008 Rita Ora featured on the cover version of the classic garage track Where’s Your Love with Craig David when he was indeed hot right then. It was however her appearance on DJ Fresh’s No. 1 hit single Hot Right Now that brought the singer to our attention early this year. Now her debut solo single R.I.P a big dirty club banger written by none other than Drizzy Drake is burning up the airwaves.

Down at the Purple headquarters I got to meet Rita who is just as gorgeous in the flesh. Decked out in a colourful jumpsuit and ultra-high boots she flashes her pearly whites and we swiftly move into conversation-initially we start talking about the term groupies.

Do you have any male groupies?
Not a groupie as such but I have had a few incidents with people knocking at my door.

So what has your week been like?
My week has been crazy, I was at the studio all night yesterday by myself. I was on the piano and I came up with something and then I found out it was 10 and I needed to come for the interviews for 11 so I am a little tired.

Can you give us a little flavour of your impending next smash?
Well it is a song called Fair which I have been thinking about it. It’s a ballad of sorts so I cannot wait to do more work on that.

Are you going to drop anything with Drake when you support him?
I am not sure we will see but real fans are going to know that RIP was written by him but it will be great because he is a good friend of mine so it is going to be a fun three days. I might do like a mixture of a few tracks for the performance. Obligatory background question-why music?
No one in my family is a musician. They like music, they are fans of music but I think the passion came from my father’s collection of CDs. He used to have a big collection of artists; from BB King to Eric Clapton to Bon Jovi and when I listened  it just gave me a good feeling-it moved me. When I started to understand music and get older, I started to actually listen to the lyrics and then I started to write so it kind of happened organically.

Your writing “happened organically”.
Well, I started writing sentences [she sings a couple of words about not having a good day]-it was like diary of what I felt like and it would be like a sentence but I would sing it and then it would turn into a song because I would play around with it and find something to rhyme with it –it was more like a hobby in truth.

How did attending Sylvia Young help to shape you- if it did?
Sylvia Young is such a great school and it is a room full of talented people and all with the same dream. It is a place where there is healthy competition but we help each other really because we all know where we came from and we all want the same thing-the teachers are so supportive.

How did the teachers support students?
Everyone at that school had a reason to be there and they made you feel that you were part of a really cool place-it’s not like Fame-it is a theatre school but it is just really good at focusing on your talent-the teachers focused on what you were good at- for me they knew I was a singer and they helped me to push that.

Is it true that you entered the Eurovision?
I was going to do the Eurovision song contest- let me explain because at that point in my life when that occurred to me and when they approached me I felt that that was like my last straw. I had loads of label meetings some were offering me deals and others were saying I was a waste of time. So I just thought maybe I should  do the Eurovision-when I did the first audition and it was some really respectful people like Andrew Llyod Webber I left the room and I just felt that this is not for me.

A brave decision in many respects.
I just said I am a singer, a writer and a true artist and one day if it is worth it-if I am worth it someone will notice and I just had to take that mind-set because I just felt that the path of the Eurovision was not going to lead me to where I wanted to go.

Your decision was vindicated by a small situation of Roc Nation.
You know what getting signed to Roc Nation is like a dream that turns into reality (she is holding her hand on her heart) and it is a moment that I will never forget but also it was a time where I grew up really quickly? I completely matured and I was like ‘you know what I deserve to be here!?’

Lastly I know you are working on that album of course but what can we expect?
This album. I want it to be as honest as my life and the fans that I want to gain and the fans that I have should respect the honesty and not take it for granted and basically jump on the ride!