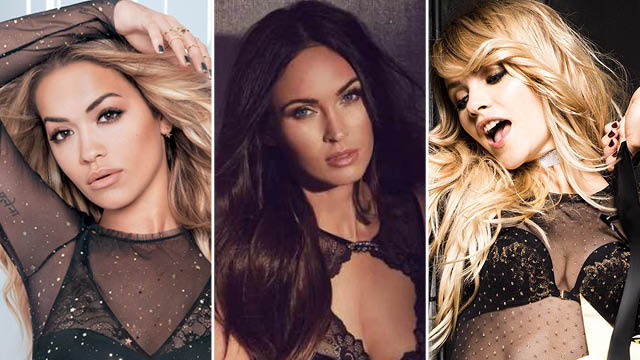 Rita Ora, Megan Fox and Ginta Lapina all have something in common this month, they have all featured in stunning lingerie campaigns which have been just been released.

Rita Ora, who has just announced her UK tour has starred in the latest Tezenis lingerie campaign which sees Rita looking hot right now as she smoulders in sexy lingerie.

Megan Fox takes no prisoners as she returns to Fredericks of Hollywood in this uber-glam, seductive campaign. Megan rocks lace bodies along with stockings and suspenders as she teases the camera with her awesome physique (not that I’m jealous).

Megan Fox strips for Fredericks of Hollywood 1
1 of 5