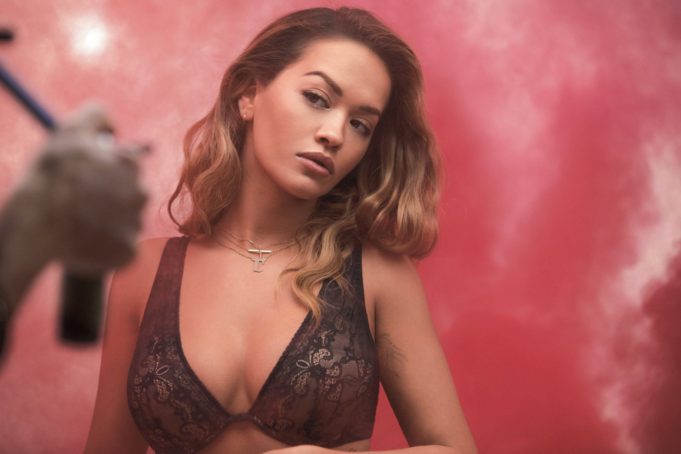 Rita Ora is back in lingerie for Tezenis rocking the new Miami bra for their 2017 smoke filled sultry campaign. The new campaign shots see’s Rita Ora appear from a mass of red smoke, wearing nothing but a sexy lace bra (the Miami bra) from Tezenis. This isn’t the first time Rita Ora has posed for Tezenis. In 2015 Rita Ora was the face of their lingerie campaign wearing push-up bras and lace undies paired with leather jackets and glittering tees… Images below Rita Ora strips down to her bikini for Tezenis swimwear campaign