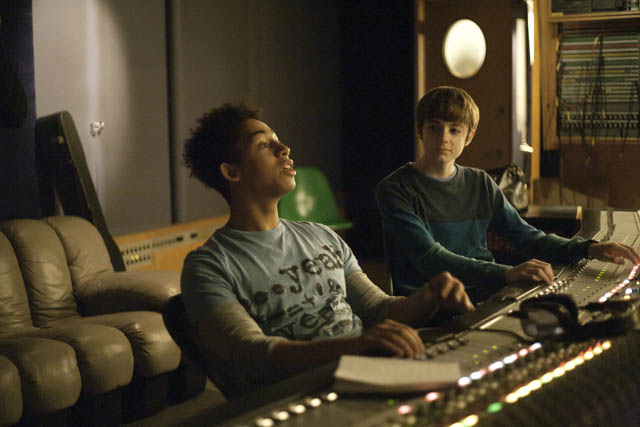 he new series of BBC Three comedy Uncle, which is back on Tuesday 10th February, is to feature guest appearances from Jordan Stephens, better known as one of half of pop hip-hop duo Rizzle Kicks, as well as from inimitable actor and comedian Keith Allen. Jordan is featured in one of the episodes of the new run, playing a character called Hugo who works in a recording studio. Hugo sneaks Uncle/Andy and Errol into the studio as Andy tries to record an entry for a lucrative song contest.

Keith Allen (The Comic Strip Presents, Robin Hood) plays Uncle’s Uncle. He portrays estranged dying Uncle Frank. Andy is trying to befriend his long- lost relative in the hope of a mention in his will, leading to an unforgettable family reunion in Frank’s cabin.

Also appearing in the new series is comic writer and actor Martin Trenaman, best known for his role as Ben Cooper, Simon’s Dad in The Inbetweeners and as Lance in Phoneshop. Martin plays Andy’s landlord George. Raquel Cassidy (Downton Abbey) also guest stars in the series as Andy’s cougar Teresa.

The new series of Uncle begins on Tuesday 10th February at 10pm on BBC Three.