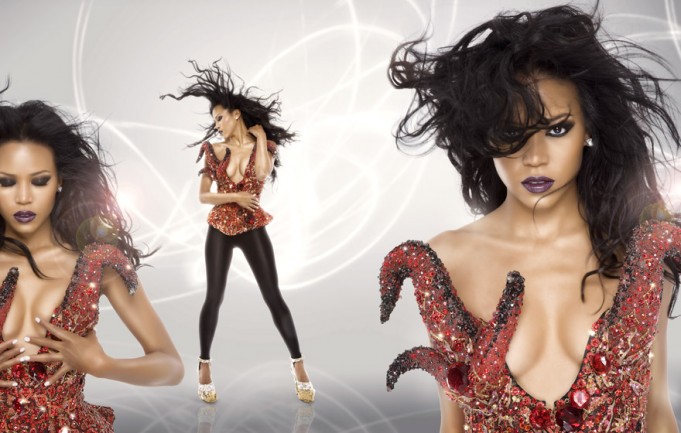 The UK really has been seeing a massive revival in the RnB scene over the past year, and we couldn’t be any happier about this. Not only have we seen a string of new up and coming artists showcasing their talent but we have also seen some veterans to the game jump on the bandwagon to give their British fans an extra special treat. So when we had the opportunity to speak to RnB Princess, Ameriie, ahead of her UK tour in March we were more than delighted to throw a few questions her way.

Not only are you a talented musician, but your also a fiction writer too, How did you fall into writing? Which do you prefer writing or singing?
Thank you. I’ve been writing forever, since I was seven years old. Hmmm, this is a difficult question…I love them both but I am a writer at heart so I will have to go with that if I must choose.

You have a Youtube channel covering books, style, Beauty products etc, tell us some more about this.
I’d been watching booktube videos (youtube videos by people vlogging about books and reading) for about two years, every day. And finally I decided to jump in. I read about fifty to sixty books a year and it’s always fun to have someone to talk to about them all. I also cover skincare and beauty produces, as well as random stuff, because whenever I find things that work for me or that I really like, I love to share them with others.

I read recently that Korean was your first language, I had no idea, I dug a little deeper and found out your Mother was Korean and you spent the first few years of your life in Korea. Do you remember anything from your time there? What was it like spending a lot of your youth travelling around?
I remember a few things but it’s kind of a blurred, dreamy recollection, as are most things from very early childhood. I do have fond memories, though, and though I do read and write Korean fluently, I hope to speak it fluently, as well.

Your releasing two albums this year, many artists struggle to release just one, why are you releasing 2?
It’s as simple as having a lot of music that I’ve been creating and wanting to share it all. The thing is, creating the music itself is where all the fun is for me. I’m always focused on the music that I’m currently recording, which is why it can be a bit anticlimactic for me when it’s time to do Everything Else That Comes With Putting Out Music; by the time I’m shooting a video, etc, I’m already so in love with new material.

Can you tell us what they are called and the inspiration behind them both?
BILI is the short nickname my fans came up with for Because I Love It (2007), and since it is a sort of extension of that album, sonically, it just felt right. Cymatika comes from “cymatics,” the study of visual sound. We are all energy and vibration, as is music. I wanted to speak to that thematically. Cymatika Vol I. is the first in a trilogy of albums.

Who have you worked with on these albums? Are there any collaboration’s on the albums?
Mum’s the word.

You’ve also got a new single coming out, Mustang, tell us about the single.
“Mustang” celebrates the untamable woman.

You’re gracing the UK shores at the end of March for a tour, what can we expect to see in your show?
A live band, a great time, lots of energy and love. I love people and getting out there and meeting everyone is one of the best parts of doing what I do.

The Jazz Cafe is a nice intimate venue; I have to admit I prefer the smaller venues as it gives a more personal feel to a show, why did you choose this venue?
Here’s where the artist sheepishly says that she did not actually choose the specific venue. What I did do, however, was talk to my team about wanting to do something smaller and intimate for the exact reason you said: for it to be personal. Funny thing: performing in front of less people is, for me and lots of artists, much more frightening than performing in front of several thousands. Interestingly enough, Michael Jackson still needed people to turn their backs to him if he were to sing something to just one or two people.

With the release of two albums this year can we expect to see you put on another tour in the UK to go along with this release?
Too early to say, but we shall see!

Many Thanks for answering my questions; I can’t wait to see you at the Jazz Cafe on the 29th of March.
Thank you for your questions and I’m looking forward to seeing you as well! ^_^

TICKETS ARE FLYING FOR ALL SHOWS SO GET YOUR TICKETS FAST.