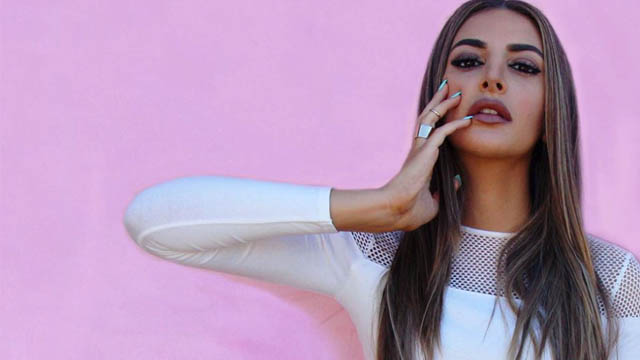 Vanessa Elisha is putting Australia on the R&B map with her stunning new track “Down for this” produced by B.Lewis.

Having been on the scene for a while, Vanessa is one of Australia’s biggest R&B imports. She was just recently dubbed #2 on The Billboard Twitter Emerging artists and music blogs across the globe are giving this beauty the attention she deserves.

The Australian singer/songwriter started from humble beginnings and released her GXNXVS produced EP “Don’t Go” in early 2013. She then went on to release ‘Waves’, a collaboration between producers J.Louis (Soulection) and Haan808, Vanessa then teamed up with producer GXNXVS again to drop ‘Midnight Swim.’

Vanessa quickly followed ‘Midnight Swim’ with another water themed tracked produced by J.Louis dubbed ‘Ocean’ as part of the Midnight Swim EP. The same day that XXYYXX dropped a track with Vanessa Elisha called ‘Unknown.’ ‘Unknown’ is now sitting pretty with half a million soundcloud plays and counting.

Since then Vanessa’s career has soared with a beautiful combination of her stunning voice, genuiously flawless production, and her humble personality. Vanessa Elisha is the one to watch this year.