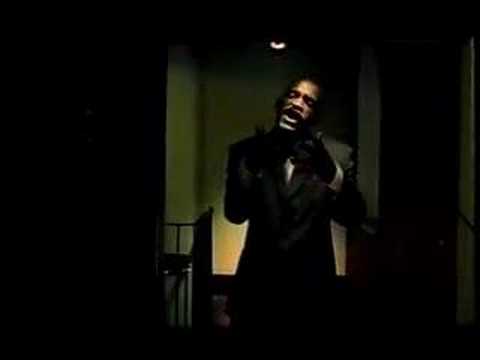 He’s the UK rapping veteran that does hip-hop. If you are wondering why I didn’t just say “UK hip-hop veteran” it’s because Rodney finds the phrase “UK hip-hop” limiting because after all as he says: “we are just making hip-hop”.

In a sense as we talked I agreed, and maybe in some way it has meant that the hip-hop produced in the UK has always had an uphill battle to be recognised here and indeed abroad. Either way Rodney P is certainly someone you need to listen to. He has been barring for the last twenty years, worked with some of the hottest names here and abroad, and importantly has never really lost that accessible quality and raw passion for the game: P what’s cracking now?

“It doesn’t feel like I have been in the game that long in truth it has not always been a fun ride and in truth there have been times where man had to go and get a job or go and get busy on the road. It hasn’t been twenty years or so of fun, success, and laughter, it has been a roller coaster. In the same respect however, it has not been hard to stay in the game because I am hip-hop fan; and so regardless of the position I have been in I am always in the scene because that is what I love, that is what I rave to and those are the people that I know. In terms of that, it hasn’t been hard but what has been difficult is to maintain a career in hip-hop at a level of standard that people know what you are about and what you stand for.”

“Music goes through a lot of stages but I think the main thing is the kids can hear themselves in the music now. Before UK music was a poor imitation of other people’s music. For years we have had a UK hip-hop scene but it was still hip-hop an Americanised thing. When the London Posse came out we dressed like London people wearing Chippy jeans and stuff, but with Grime, the artists, they really looked like their audience. That is not to say that Grime is the saviour of hip-hop because there have been many points on the journey; a lot of what of UK hip-hop started was eventually taken on by Grime , it’s now coming back to hip-hop.”

UK hip-hop or not

“There is a difference between UK hip-hop and Grime music but they do come from the same place. UK hip-hop is the umbrella but I think it was a mistake to call it UK hip-hop, it can be a negative term; UK hip-hop is like the step-child to the US hip-hop. It was great that the kids got all nationalistic and supporting the scene, but in truth what we were making was just hip-hop; it was not some brand new form of hip-hop and now Grime is just another part of the hip-hop scene.”

This was a renowned period of time in the 90’s where emcees from the US were coming over to the UK and battles occurred between UK emcees like Chester P at the legendary Subterranea Club. The most notorious and indeed not urban myth was when Skinny Man, one of the big names from the scene murked Eminem for a lucklustre performance of one of his tracks. It was not so much a battle because Eminem never did actually respond, but history states that Eminem stood mouth wide open as Skinny went in with lines like: “your’re Eminem I’m Skinny Man/you get eat on my street I phlegm on dem”.

“Let’s be realistic I was there at those events, the UK emcees did murk the US emcees but if that had been in the US, the UK emcees would have been hurt. It was a time when UK emcees and the audience understood the craft of their emcees and so they were backing them.”

Rodney P bringing back the London Posse and other gems

“I am doing a lot, in truth I have just signed a deal with ‘True Thought’, they are an independent label in Brighton with people like Omar on their books. The first thing that I have handed in is a project I have completed with Zed Bias and Phallacy called Sleeping Giants. In fact, the group we have made together is called Sleeping Giants. It is like a grime, hip-hop, dub-step mash-up kind of music. I’m doing a London Posse remix album where it will have the original songs and stuff that was never released at the time, and then I am doing my own album. I am also doing stuff with Dubstep Pistols. I’m doing a lot of studio work but I have held back on the road work because I usually do a lot of road work. I have also started a new radio station on Friday 1-3pm on Bang FM it is a London station. Between now and Christmas look for Bang FM to explode.”

“The Toyota advert is more of the same, it’s all hustle, they approached me about lending my voice to the campaign because they use a lot of hip-hop music. I’m not really for commercial projects but the Toyota car that they advertise is a really cool car though, it’s technically advance. I mean it has a screen on the dashboard so you can see behind you, the car can park itself. Apart from that the directors are amazing and I was just glad to have my name attached to them and so I had to get involved.”