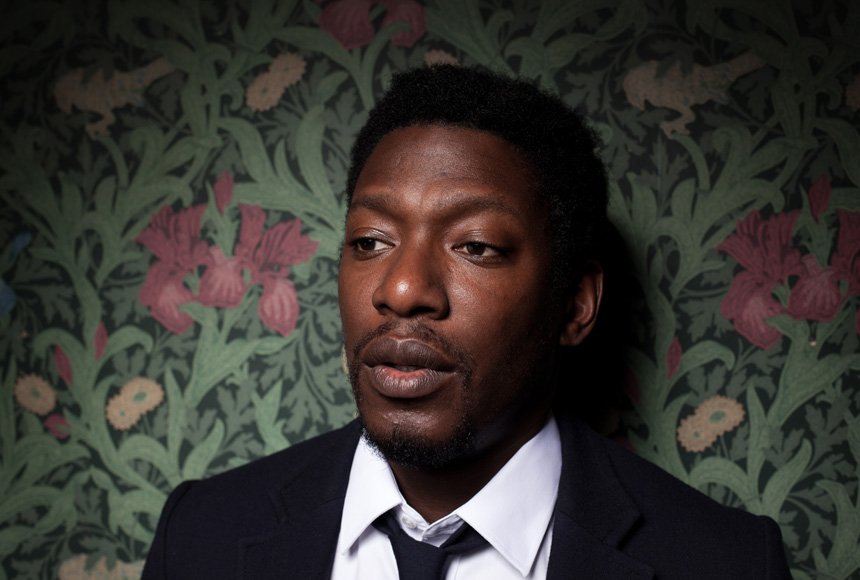 Nozstock: The Hidden Valley Festival is proud to announce the first of three huge headliners to be released over the coming weeks – the hip hop legend and ruler of rhyme, Roots Manuva.

Taking place on the 1st – 3rd August 2014, support will come from fellow Londoners and dub rockers The Skints, as well as ‘chap-hop’ champion Mr. B The Gentleman Rhymer. Prepare to go prehistoric this year, as Nozstock will also be rolling back time. The dinosaur bones will need to be dusted off and the spear heads collected as the 2014 theme is…Jurassic Farm.

Entering its 16th year this summer, Nozstock is a family-run festival on a beautiful working farm in the heart of the Herefordshire countryside. The three-day festival offers a broad spectrum of live music, DJs, arts, comedy, workshops, cinema and performance theatre in a sublime setting, flowing from family-friendly by day, to party by night – over various locations across the farm.

Lineup
Rodney Smith, known by most as Roots Manuva burst onto the British rap and hip hop scene with the release of his 1999 debut Brand New Second Hand. He is signed to cult label Ninja Tune and has had six successful albums, multiple sell out shows, a Mercury album prize nomination and a Best Hip Hop Act MOBO – needless to say Roots Manuva is one of the most respected figures in hip hop. Never afraid to visit dark themes or borrow from different styles, his lyrics are distinctive and his most recent album 4everrevolution is perhaps his most diverse. One of the most exciting bookings ever to grace The Orchard Stage, Nozstock is thoroughly thrilled to host the hip hop powerhouse, Roots Manuva!

The Skints, are bringing their “East London Reggae” sound to Nozstock! Formed in 2005, The Skints mix reggae, hip hop, dub, ska and punk and have a reputation for energetic and passionate live-performances. They have toured extensively on their own and as support for a wide variety of artists such as Gym Class Heroes through to Reel Big Fish. Sure to appeal to a variety of tastes down on the farm, The Skints are set to devastate the dance floor as never before.

Mr. B The Gentleman Rhymer, the alter-ego of rapper Jim Burke, will be giving everyone an elocution lesson at Nozstock this year. A pioneer of “chap-hop” aka hip hop delivered Received Pronunciation (like, Queen’s English innit), Mr. B has performed at Glastonbury, Club NME in Paris and the Edinburgh Fringe Festival. Along with his banjolele, Mr. B will be rapping about pipe smoking, high-society, cricket and coming “Straight Out Of Surrey”.