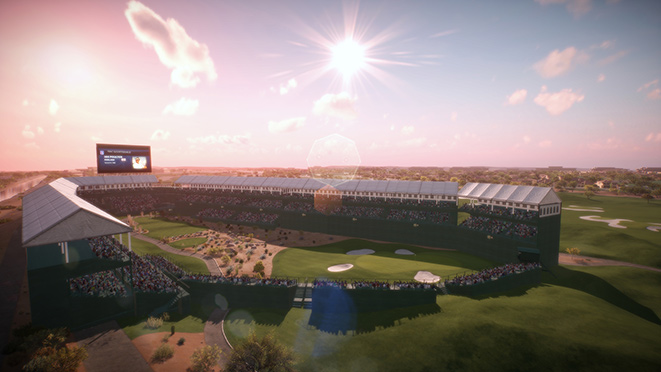 EASPORTS Rory McIlroy PGA Tour is the first PGA game I have ever played but I have played golf before either it being at a golf range or on a field.

So I was expecting this game to be a complete recreation of real-life golf. I tell you i was really impressed, but every game has its pros and its cons. Let’s start off with the cons. In my opinion, there is only one con about this game and to be fair it is just little features, what I thought would better the game. As good as it is already. So lets start with the feature I would improve on Rory McIlroy PGA Tour. The feature I would improve on the game is the pro creation system. The pro creation system has pre made faces, skin tones and pre made hairstyles. Which in my opinion I would say could be improved by implementing the ability to use face morphing or creating a game face (which is allowed in many different EA Sports game titles) and also by adding more hairstyles. So that all players have a better chance of recreating themselves.

So now that is out of the way lets get into the pros about Rory McIlroy PGA Tour. There are many things which i liked about this game. One of them being the fact the you have four gameplay style to choose and play from. The four gameplay styles are Arcade (A setting for everyone), Classic (3-Click swing mechanic), Tour (For the hardcore golf gamers) and last but not least Custom (This allows players to create their own unique gameplay style). Personally, i really enjoyed using the classic gameplay style, as I found it much easier to use and get my shots as accurate as possible, but Arcade is really easy to use as well. Another pro is that there is 6 solid game modes to choose from (one of them being training). Play Now (Play a round of golf), Night Club Challenges (Compete on a variety of challenges), Head 2 Head (Compete against fellow golfers), Prologue (Play Lessons and on-course scenarios), Pro Career (Create a golfer and build your legacy) and last but not least Online tournaments (Compete in Online Tournaments). My favourite game mode is the night club challenges.
Now for the last pro,  I was really impressed that EASPORTS has included maps and usable characters from previous game titles. In Rory McIlroy PGA Tour EASPORTS have included a map and a character who you can use to play golf, from Battlefield 4 and I think that is a great idea because it brings the sense of creativity to their game.
Go to https://www.easports.com/pga-tour for more info