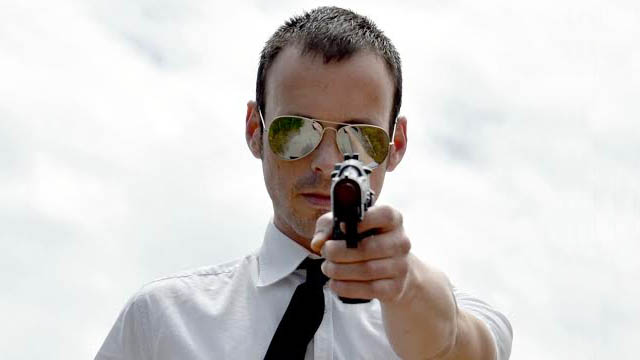 KAOS marks the return for Spanish producer based in Paris Rubeck and the follow-up to 2014’s critically acclaimed production ‘The Incident’.

Released independently, the new record is an ode to the artist’s close friend Gines, who died suddenly in the summer of 2015.

The new album draws influences from the likes of electronic groups Moderat and Plaid, with some tracks echoing a dark atmosphere shaped by darker new wave and early eighties techno-pop bands. The 11-track album is a stimulated amalgamation of tried and tested sounds, reminiscent of the late 90’s and early 2000’s.  As his 3rd album, ‘KAOS’ is a mature and exciting turn for Rubeck, who’s previous releases have received critical acclaim, including the likes of NME.

No stranger to live performances, Rubeck has had the opportunity to perform at festivals such as FIB and Overflow and even shared the stage with artists such as James Holden and one of his main influences, Depeche Mode. Rubeck describes the visual ingredient to his live performances as an essential element to bringing the music to life and creating art.

The captivating new album is available to purchase now in the hopeful anticipation of more live gigs to be announced soon.