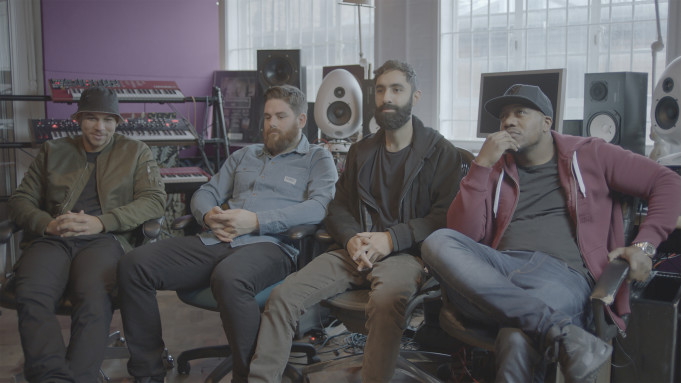 Following the recent release of the new Guinness ad, ‘Intolerant Champion’, which tells the story of John Hammond – an ordinary man who achieved the extraordinary, Guinness has produced a  series of short films featuring contemporary musicians exploring the music producer’s lasting legacy.

The first of the four-part weekly series of three-minute films will be revealed on www.GUINNESS.com on Monday, 15 February 2016.

Each episode captures the spirit of John Hammond through the inspiring stories of contemporary artists today. Rudimental, Lianne La Havas, Lady Leshurr and FOALS, offer their personal take on Hammond and his powerful vision and legacy, as well as their own personal journeys to date.

Stephen O’Kelly, Marketing Director, Guinness said, “There is so much depth to Hammond’s story and we wanted to share as much of it as possible with a wider audience. Seeing it through the eyes of modern day artists like Rudimental and Lianne La Havas really helps demonstrate the legacy one man had on the music industry and beyond.”

The focus in the first episode is on Hammond’s vision to unite musicians in the name of great music and the subsequent positive impact this has had on music to this day. Illustrated through Rudimental’s first-hand experience of diverse backgrounds and influences, the story of the melting pot that is London and music bringing the group together is told.

Rudimental said, “Music is much more interesting and much more fun to make and listen to, when you’re not limited by boundaries and that’s what John Hammond taught us.”

Grammy nominated singer songwriter, Lianne La Havas, who also features in the new Guinness ad continues the theme of talent support and development in the second short film tribute to Hammond. His musical ear and aptitude for discovering musical talent is unprecedented, signing many artists that then went on to achieve monumental success. He famously discovered Billie Holiday when she was just 17 years old.  In the film Lianne discusses the importance of someone having an initial belief in you and how keeping an open mind has helped her to grow as an artist and find her voice.

Lianne La Havas, said: “Behind every great act there’s someone who has helped them and inspired them when searching for their voice. For many great artists it was John Hammond.”

In episode three, contemporary lyricist, Lady Leshurr discusses how music and lyrics continue to be a force for change. In the film, she traces her musical roots and how she first happened upon poetry as a means of expressing herself.

The final and fourth episode stars one of the biggest and best rock bands in the world right now, FOALS. Their story is truly one of success against the odds and the film continues the theme of championing creative bravery. John Hammond saw the potential in many musicians who shaped and changed music at the time and to this day, they continue to inspire fellow music makers.

The series of short films was produced and directed by creative agency LoveLive. Duncan Eaton, MD of Content Solutions at LoveLive, said: “Guinness has a pioneering heritage in advertising, consistently breaking the mould to tell powerful brand stories in innovative new ways. The John Hammond campaign is no different, and we’re honoured to help them continue this proud tradition. At the heart of the brand’s approach is an intimate understanding of how to tell stories that reach and resonate with its audience. This, combined with a shared appreciation of the power of music to unite and connect, allowed us to create unique and compelling artist-driven content that celebrates the inspirational life of John Hammond.”

The John Hammond legacy series is available to watch weekly from Monday 15 February 2016 on www.GUINNESS.com and via GUINNESS social media sites including Facebook, Twitter and Instagram.

The GUINNESS word and associated logos are trademarks © GUINNESS & Co. 2016