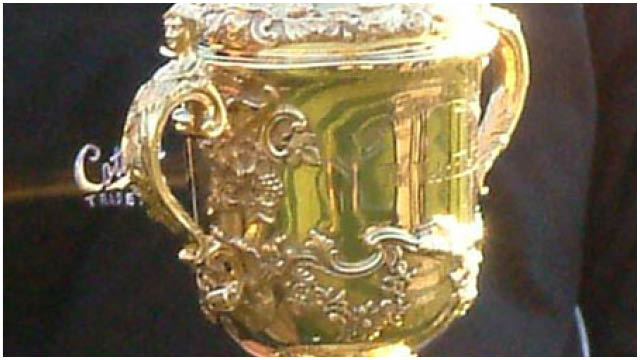 We’re now just four months away from the kick-off of one of the most anticipated sporting events of the last four years – the Rugby World Cup.

To the delight of many British rugby fans, the 2015 event will be hosted in England at a variety of locations including Leicester City Stadium, St James’ Park and Twickenham Stadium. Welsh fans will also enjoy a glimpse of the game as the tournament comes to Cardiff Stadium on 19th September.

Whatever our stance on rugby, Britain is guaranteed six weeks of outstanding entertainment as some of the world’s finest teams come together to compete. That’s not the only thing on offer however when it comes to being entertained, and those who aren’t lucky enough to get their hands on tickets for the games can always head over to Leicester this summer for a slice of the action.

Throughout the tournament, fans up and down the country will have access to free ‘fanzones’, which will be held across 15 different locations such as Victoria Park in Leicester and London’s Trafalgar Square.

The zones will be open on match days at different times, allowing spectators to enjoy the build up to each individual match. They will feature big screens, food and drink and live entertainment, with capacities for 2,000 to 10,000 people.

Debbie Jevans, CEO of England Rugby 2015, said: “We are pleased to deliver another tournament first with an official fanzone in every host city as well as additional fanzones in Rugby – the birthplace of the game – and London’s Trafalgar Square.

“We have worked with all our host cities, local authorities and the Mayor of London to identify a range of fantastic locations including city centres, parks, match venues and waterfronts to give fans, residents and visitors a uniquely regional experience and a focal point for celebrating the tournament and the wider game of rugby.”

Prior to the event, die-hard fans can also witness the famed Webb Ellis Cup making a tour of the country, which commences on 10th June, 100 days prior to the first match of the World Cup. The tour will follow the Cup’s International Tour, during which it covered locations such as Canada, France and Germany.

Four months may seem a long time to wait for such a grand scale sporting event, but with so much to look forward to this summer, the build-up could be just as exciting as the tournament itself.