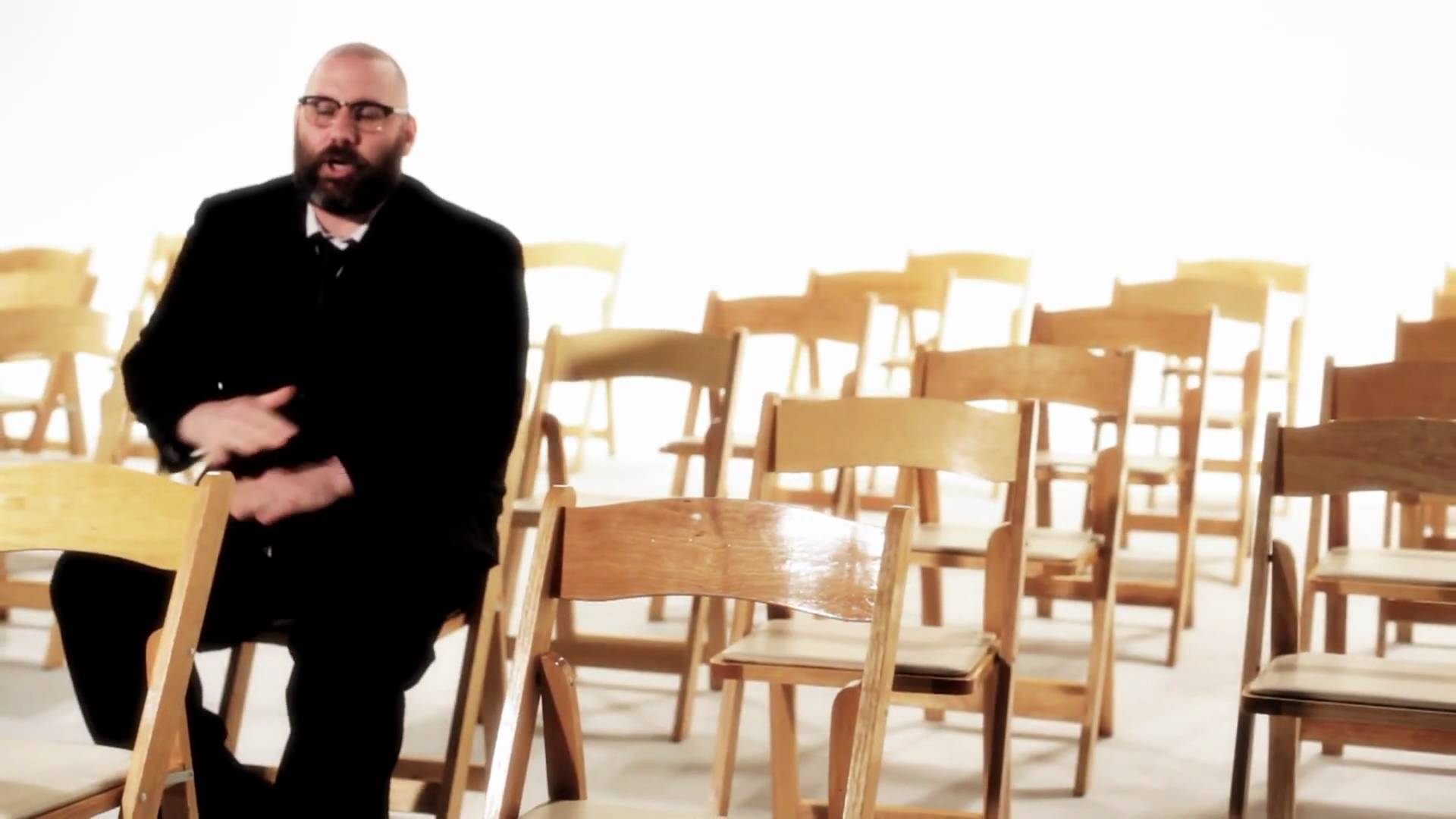 Sage Francis is, in a positive way – not your ordinary Rapper by any standard – that would be an understatement. He exudes wisdom, truth and knowledge in his poetic hip-hop style, is a powerful inspiration and artistic lyrical provocateur in Hip-hop to say the least. Born in 1976, he was inspired by some of the greatest Hip-hop artists and groups of all time in the 80’s and 90’s – Sage was receptively encouraged by artists such as Run DMC and Public Enemy.

Currently, Sage is also busy with his record label company as owner and CEO of independent Hip-hop label Strange Famous Records, as well as DJing and performing at various renowned Poetry events. We caught up with Sage Francis live from his home town Providence, Rhode Island to discuss, his new album Li(f)e, Drake, and Lil Wayne.

Who inspires you the most?
That’s a tough question but it’s really a collection of all the Hip-hop that I grew up listening to. I have a tendency to implant current artists who I think have more influence than others. But it’s pretty much the whole Hip-hop movement back in the 80’s early 90s Run DMC and Public Enemy, The Beastie Boys. I was such a huge fan I listened to everything, I’m much more cynical now but back then, even if I didn’t really like a Hip-hop album too much, I would still listen to it front and back and learn as much as I could from it. Now at this point in my life it’s almost the opposite – it would take a truly incredible album for me to give it the time of day! [Laughs]

What do you enjoy most about touring? Ahh man [Laughs] Money? I’m really not a huge fan of touring in general. I’m really not much of a people person. I’m more of a homebody, I’d rather stay home and create and spend time with my girlfriend. I have other responsibilities – touring does come with its perks. Like being able to perform in front of people who are excited about my music that’s what I enjoy and it’s the most exciting part of touring. I just did the UK London show a couple of weeks ago, it’s been a long time since I’ve performed there. Infact it’s been about 5 or 6 years since I’ve done a proper Hip-hop show. The crowd was so excited, and it kinda inspired me to keep going, I just pushed my limits because they were so excited about the music. I guess I’ve been playing in front of people who are a little too used to it [Laughs] – I was like yea this is great! Yea this is great stuff – lets go let’s do more let’s do more! What or who inspired your amazing album cover?
An artist named Shepard Fairey we did the album cover together based on my recommendation that he take a portrait of myself that I’ve used over the years. And I’ve actually used that portrait in multiple fashions, and I was inspired by Andre the Giant – I don’t know if you familiar with his work but he uses the same image over – it’s like a branding almost. I used my own image in a similar fashion.

Which artist around now do you most admire?
Well I run my own record label, so I’ve been keeping a look out for people who keep me excited about Hip-hop and one person I’ve worked the most with – his name is B Dolan and we’ve written a few songs together. He’s a brilliant writer and he inspires me to write. I keep him in my company for a good reason. Not professionally speaking company but personally. He’s a brilliant artist. Most recently I found a female MC from Canada her name is Eternia – I heard her tracks recently and they blew me away! I was truly truly inspired by what I heard, so I’m still finding stuff that I like – but it’s like diamonds in the rough!

You speak a lot of truth – literally. Do you have a favourite author or poet?
I’m quite embarrassed to admit that I don’t read much, because I own a lot of books, [Laughs] when people come to my house, I think I give the false impression that I’m a reader! There all there because I know I have to read them at some point and want to but I haven’t had much time. As for my favourite writer – Charles Bukowski is one of them – Fredrick Thompson I really enjoy his writing style. Those are the main people.

When it comes to Hip-hop who do you prefer Biggie or Tupac?
I have to pick Biggie – not only because he’s from the East Coast [Laughs} I think he had much more raw talent he didn’t have as big of a catalogue as Tupac, but there’s something in Biggie’s delivery and storytelling that hits me harder than Tupac. Tupac has a lot of other things going for him, he’s inspirational in different ways.

LA CityBeat described you as being ‘The future of Hip-hop’ how does that sit with you?
I don’t know, I feel it’s a false statement! I really don’t know what the future of Hip-hop is. I don’t even really know what Hip-hop is anymore – it’s such a broad term – it’s a combination of so many different things. Really there’s no future of Hip-hop. It’s like a culture it’s in everything it will branch out in more ways than it already has. I’m trying to write as well as I can using the craft that I’m most comfortable with which is Rap, not necessarily for the sake of Hip-hop, but for the sake of Art and moral well being. Your video ‘Escape Artist’ is so real and refreshing, which video of yours do you really like?
I’m glad you like it I’m definitely proud of that! I’m only have three real favourite videos – and that’s really up there – I really love that video. We filmed around New York City. The most recent video that I did is called ‘The Best of Times’ I think, hands down that’s my best video.

Do you have a favourite mainstreams rappers?
[Pauses to think] Who do you like? [Laughs]

I like Nas, 50 Cent, Tupac and Biggie both alike. Uhm I like Drake a lot..
I really like Drake, people keep talking about Drake he’s sorta like the next coming as far as mainstream rap is concerned. I think I would have to say Lil Wayne. I feel like he has really great wordplay, he’s very free, something about him is so free and creative and I appreciate that.

Sage so where do you see yourself in say 5 years? I’ve been in the industry for quite a while, I’m happy with what I’ve been able to accomplish. I decided to stop thinking about the future. My recent US & Canada tour I decided that would be my last tour. Then I’m gonna do the European tour and Australia tour – and after this year I really don’t wanna tour anymore. Make some type of home life, figure out something’s for myself – other ways I can use my time and creativity. Also explore whatever else is available to me – I really wanna try out a lot of different stuff and see what works. I’ve work really really really hard, for a really long time! [Laughs] I wanna focus on the Strange Famous Record label. I’m gonna live my life a lil’ bit and see where it takes me rather than forming my own destiny.