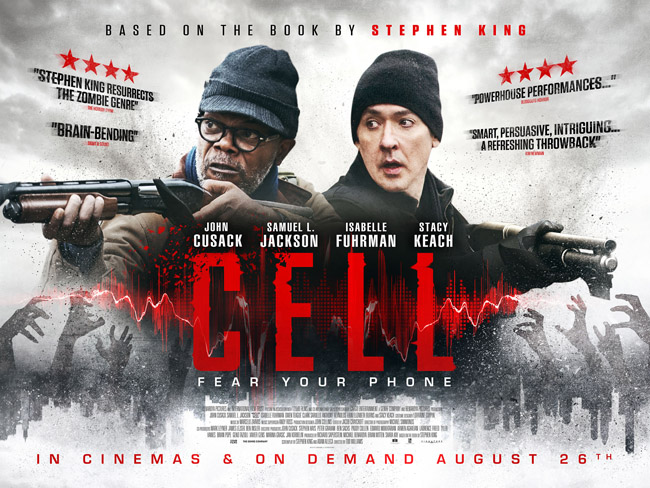 Signature Entertainment has released a new trailer and poster for the Stephen King adaptation ‘Cell’.

Signature Entertainment Presents CELL in Cinemas and on Demand from August 26th, 2016