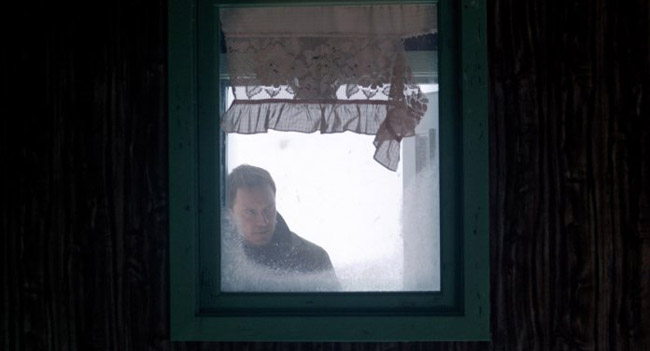 The highly anticipated thriller The Snowman, which based on the globally best-selling novel from Jo Nesbø and stars Michael Fassbender as Harry Hole, is hitting UK cinemas Friday 13th and we can’t wait! Inspired by the film’s release, we’re delving into the archives of the scariest urban legends that will make you double lock the door and sleep with the light on…

When there is a rise of disappearing women in Oslo, detective Harry Hole (Fassbender) finds himself in the middle of a spider’s web built by a mysterious character, only known as ‘the snowman killer’. When things begin to get personal, Harry must put all of his differences and personal issues aside to crack the case. Tensions get high within the Oslo police department as they are left with nothing but grizzly calling cards – sinister looking snowmen who sometimes have the decapitated heads of victims in place.

Centred around the urban legend of fictional character Elly Kedward, an Irish immigrant accused of being a witch in the 1700’s and banished to the forest surrounding the fictional town of Blair. The film follows three students into that very forest, leaving only their footage behind. The Blair Witch Project still has prevalence today is because the makers of the film cleverly fabricated the tale with enough dates, names, and locations to make the story believable and feel like it actually happened. The style of filming in the movie (video recorder style) helps aid the notion that the story is real.

The urban legend of the boogeyman is well known and stories span worldwide; he is the creature that hides under the bed and in the wardrobe who targets naughty children. Oddly, there is no firmly established notion of how the Boogeyman is supposed to look like; it is believed that the creature embodies the very fear of the person he has targeted. The Boogeyman 2005, depicting the said creature, brings this urban legend to life.

The story of Hannibal Lecter is infamous, possibly best known in the film Hannibal. A savage cannibalistic psychopath played by Anthony Hopkins, who is serving life behind bars for countless acts of murder and cannibalism. A female FBI agent is assigned to help solve the case of a killer who hunts down women and skins them alive by gaining the trust of Hannibal and retrieve clues.

The forest-dwelling slender man is the internet urban legend of our time and also inspired a crime several years back. The eerie figure was created online just under ten years ago via Photoshop and also served as the motive for a stabbing carried out by two young girls and told police they did it to appease ‘The Slenderman’; a tall, featureless faced, suited, supernatural being with tentacle-like arms.  To make this even more relevant to modern day, in 2014 two young girls from Wisconsin actually stabbed their friend to appease an Internet bogeyman. The urban legend of the Candyman is the hook-wielding ghost of a slave who returns from the dead in search of revenge after one says his name five times after looking in the mirror. A horror film was made depicting this urban legend in 1992, titled The Candyman. Not too sweet.