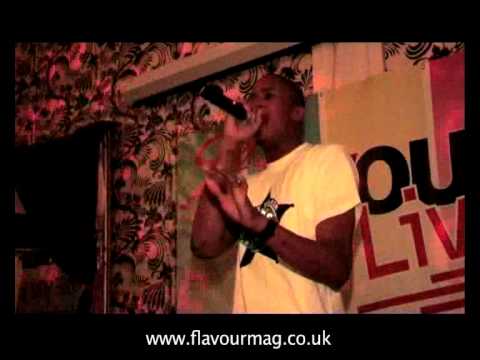 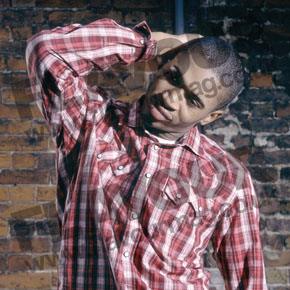 ‘Scorcher topless wow, Scorcher is peng, Scorcher is too sexy, Scorcher I love you, Scorcher’s going hard.’ These are just a few of the comments you are likely to find under any Scorcher video posted on the internet. Over six feet tall, with tattoos strategically dotted all over his upper body and the remarkable ability to make a frown actually look attractive, Scorcher’s simple mix of rough and smooth attracts women like bees to honey.

Two separate stints in jail, some very violent lyrics and a video banned from TV, form just a small part of his bad boy repertoire. That coupled with videos like Rendezvous – where we see Scorch and a young lady roll around on a king-sized bed for approximately four minutes – showcase the two sides to Tayo ‘Scorcher’ Jarrett, that ladies love.

In addition, lyrics like ‘Cos we both look sexy alie? And you so wanna sex me alie?’ and ‘True the way I make love is so addictive, you better take time baby don’t OD’, make it clear that Mr Jarrett doesn’t suffer from any self-confidence issues either.

With all this female attention and the cocky swagger portrayed in his music, it would be easy to assume that Scorcher would have an ego the size of London and the brain the size of a pea. However upon meeting him, I quickly realise that this is not the case.

As we weave our way through the complex maze of corridors at Universal Records, he is the perfect gentleman, holding open every door and politely making sure that I am managing to follow in my inappropriate choice of footwear.

During the course of the interview, I realise that there is a lot more to the 24-year-old rapper than meets the eye. Not only is he a talented artist he’s also a self-taught video director and producer, with his own production company, Staple House, and trained to grade six in classical piano.

‘A lot of people don’t know that about me,’ he says. ‘I have a much deeper love and a deeper understanding of music than people think.’ When I question him about being a ‘sex symbol’, the North London rapper becomes very shy and almost blushes, whist politely declining any such accolades, ‘Nah, I just think I’m normal… I think I’m probably sexy to a certain crowd. Everyone is sexy to someone innit? I appreciate all the female attention that I get.’

Recently signed to Geffen Records, which is owned by Universal and also officially loved up at the moment, Scorcher seems to have a much more mature attitude towards his career and the superficial trappings of fame. When asked about ‘groupies’ and all the girls that come along with being Scorcher, I get a very prompt, ‘Been there and done that. It’s old.’

‘I didn’t have a girlfriend for a good while. It took me a long time to find someone that could show me new things – especially the way my life has been going. Finding someone that could understand my lifestyle and also someone who could help me through it, that’s been priceless to me.’

That’s not all, if you want to impress this bad boy, you better know your way around the kitchen and where the feather duster is kept.

‘You have to be able to cook. I am a very fussy eater. I feel like… if I can cook and I can clean, you need to be able to do the same.’

From a young age, Scorcher has always had a way with the ladies and was well known for being a bit of a tearaway. These ‘qualities’ have got him into some pretty scorching situations and some downright weird ones too.

‘When I was younger, this girl came over from America to live in England. She was 18 and I was 16. Her body was bangin’… Really, really sexy and I always wanted to… you know. This girl was deep. Anyway, she used to hang around with another girl that I knew from the area, so this girl has rang me and put the American girl on the phone… so she was like [puts on American accent] ‘Yo, what you doing man… can we kick it?’ So she comes over and I’m gassed because this girl is proper cold. So we’re watching a DVD and she is massaging me and stuff is happening… So we’ve gone upstairs… kiss, sex… whatever. So we’re having sex now yeah, then all of a sudden, out of nowhere she goes, “Meeeoooww”. I swear down. I was like wait… what did I just hear? Then she did it again ‘meeeoooww’. Bearing in mind I’m only 16, I was like what the f*** is happening here? So she’s keeps meowing and it’s getting louder and I’m thinking this is a madness… I’m trying to do my ting, but this meowing business is f***ing me up. So I jumped up and said, “What’s that…? Can you hear that…? My house phone is ringing, I have to answer it.” Then I quickly ran downstairs. Obviously the house phone wasn’t ringing I just had to think of something to get away from this girl. So I’m downstairs and I’m thinking what the f*** is going on here? I can’t have sex with this person. I need to get this girl out of my house. So I went to the front door and flapped the letterbox loud, to make out that someone was at the door. Then I ran back upstairs and I was like ‘Shit, someone is here, you have to get ready you have to get out, they left, but they are texting me now saying that they’re coming back.’ So she got her stuff together and left. When she was leaving I slammed the front door behind her man… [Laughs] Madness.’

His second story is equally funny. ‘I was seeing this girl and she used to go to her dad’s for the weekend. No one was allowed in her dad’s house – no one – but she’s phoned me and said her dad was out… come round. Anyway, I’m in this girl’s room, in her bed and we are having sex, all of a sudden ‘bang’ the front door slammed shut. I didn’t even have time to think, before I heard ‘boom, boom, boom’, her dad was coming up the stairs. So I’m stood there in my pants thinking “Shit what the f*** am I going to do?’ The room was tiny, the window was tiny, I couldn’t go under the bed, so all I had time to do was try and hide in the closet, but the closet was so small I couldn’t shut the door, so I was basically just sitting in it with the door open in my pants. Her dad has come in the room, and I’m looking at this man and he’s massive… Then, thank God, she did the wickedest thing. She jumped out of the bed and hugged him so that he couldn’t see me and then she said ‘Oh I’ve got something to show you downstairs.” But now I’m locked in the house innit. I had to wait for the man to go to sleep… bare tings… I didn’t get out of there until about 12pm the next day. As soon as my foot touched the pavement I sprinted to my car boy. I’ll never forget that day long as I live. Good thing I parked round the corner. If I had parked on the drive that would have been it for me mate.

Scorcher’s new single It’s My Time is out now