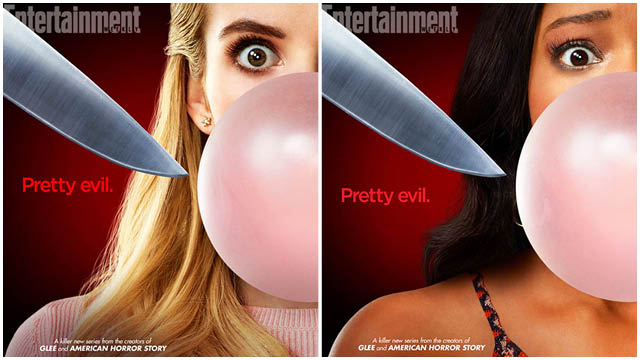 Emma Roberts and Keke Palmer are revealed on the new teaser posters for FOX’s horror comedy “Scream Queens” which is set to premier in September 2015.

These teaser posters feature a mix of pretty and evil with Roberts and Palmer blowing bubble gum with large knives looming close by. Check out the bubblegum teaser below, which reveals a gargoyle in the bubble. We are wondering what it means…

Arianna Grande posted her own Scream Queens selfie on instagram Go to http://www.fox.com/scream-queens for more info.