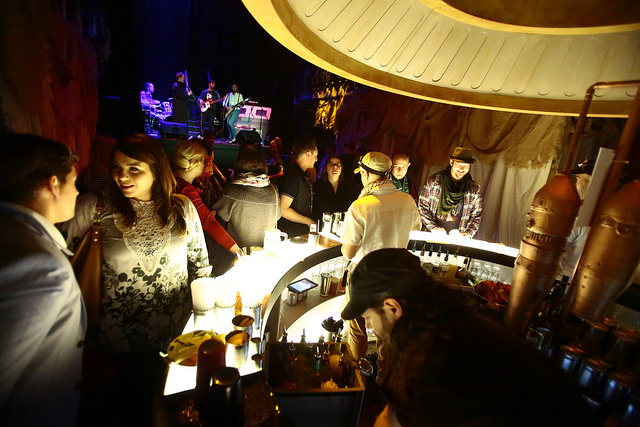 Secret Cinema announces the official launch of the Rebel X Stores in London.

The Stores will stock equipment and supplies for members of the Rebel Alliance (Secret Cinema Star Wars ticket holders) in the lead up to and during the largest immersive event of the Summer – SECRET CINEMA presents STAR WARS: THE EMPIRE STRIKES BACK taking place from 4th June – 27th September 2015. In keeping with the Star Wars theme, the Rebel Stores will give visitors a first insight into the world created for Secret Cinema’s Summer epic. Managed by Rebel operatives, the Stores will remain open throughout the Summer months and become a place for members of the Alliance to purchase apparel for their journey into space, discover RebelX tactics and learn how to gain access to the nearby secret Rebel base.

In conjunction with the Stores, Secret Cinema’s secret communications network (www.rebelxbase.co) will give ticket holders exclusive access to a digital ether-world created by RebelX. The website will transmit the latest news from the Rebel Alliance with dedicated Radio and Video transmissions and a chatroom to connect rebels from all over the world. Ticket holders will receive a code allowing them to register and retrieve their personalised RebelX ID card. The card will inform them of their rank, name and required dress code within the Rebel Alliance. Once registered, an interactive map will allow Rebels to find other members of the Alliance in their neighbourhood and to connect via the chatroom. RebelX website registrations are compulsory for the validation of tickets and to collect assigned characters for Secret Cinema’s presentation of Star Wars: The Empire Strikes Back. The website currently counts 20,000 registrations.

Launched in tandem with the Rebel Stores, the new Secret Nightclub in the London territories will be accessible exclusively to those who have bought a ticket to the current Secret Cinema production. Opening hours for members of the Rebel Alliance are Thursday to Saturday, 8.30pm – 01.30am, and Sundays 1pm – 10pm. Audiences will receive a transmission from RebelX with details on the secret location of the Cantina.

The event is strictly for attendees aged 8 or over. Under 18s will need to be accompanied by an adult ticket holder.