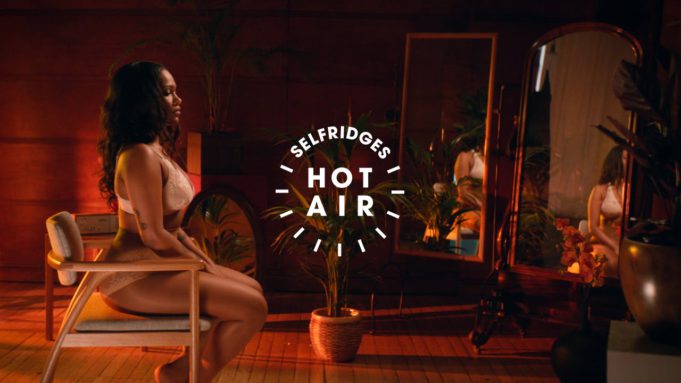 Selfridges has released a new video focusing on EveryBody. The new lingerie advert called Selfridges Hot Air Presents: Incredible Machines explores contemporary notions of underwear have been largely formed by the male gaze.

Sexualised advertising imagery of women in heighted poses and impossible designs are worlds apart from the daily reality of dressing in undergarments. This film explores the unseen relationship five women have with their bodies and their undergarments.

The video was launched as part of the retailer’s EveryBody campaign and follows the opening of its 37,000ft Body Studio on Oxford Street. During the four-minute short, these women can be seen stripping down to their lingerie, while honestly discussing the relationship they have with their bodies.