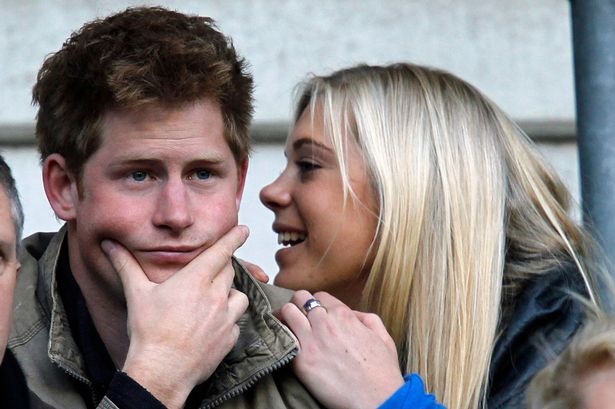 So it’s official: Prince Harry is single again! And with Cressida Bonas out of the picture (at least for the moment), it gives us mere mortals a chance at snapping up our very own prince. Be warned – the competition is fierce. There is even a TV show airing across the pond, entitled I Wanna Marry Harry, where – if the trailer is to be believed – 12 American women were duped into thinking they were competing to win a date with the man himself. Sadly for them, the ginger in question was just a very good look-a-like. So ladies, here are our top tips to bagging the man in question:

1. Head to the right places
Harry’s regular hangouts include: Clubs like Boujis in Kensington; Mare Moto and Dukebox in Fulham; Mahiki in Mayfair; Cuckoo Club and The Box in London’s West End; and The Brown Cow in Parson’s Green.

2. Don’t be too cool
Harry loves a laugh – so feel free to start twerking on the dancefloor and get sloshed. Apparently TOWIE star Lauren Pope caught Harry’s eye when she was drunk at a club and he got her number and asked her on a date. Acting cool and hanging by the bar furtively glancing in his direction and hoping he looks at you will not work.

3. Learn about him
It’s not necessary to be fluent in the royal family tree but do give yourself a crash course in his social circle – the people he sees, his mates, and his closest buddies. Close pals include Guy Landon, Sam and Holly Branson, Thomas von Straubenzee and Thomas “Skippy” Inskip.

4. Give out your number
Don’t expect him to ask for yours. One close to Harry says: “I’ve rarely seen him give his phone number to any girl. Them giving numbers is another matter!”

5. Be ruthless
As we said before, expect competition to be fierce so while you may be a girls’ girl, it might be time to limber up in your twin set and pearls and be prepared to fight it out. After all, all’s fair in love and war.

6. Don’t kiss and tell
Should you ever be lucky enough to lock lips with the fourth in line to the throne, do not shout it from the rooftops – or even worse – tell a newspaper. Play it cool.

7. Look hot
This goes without saying. Unashamedly model yourself on Cressida and Harry’s other long-term ex, Chelsy Davy.

Do you fancy yourself as a Harry Hunter? Tell us what you think @lovestruck