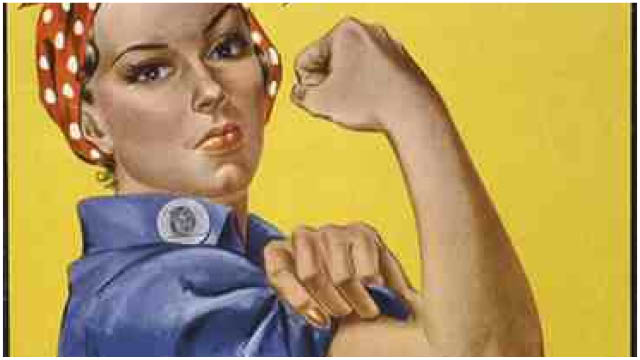 Feminists fight for social, political and economic equality – but why don’t we hear them fighting for physical equality? There’s no true equality if it is not sought in all arenas of power.

There’s a long list of reasons we don’t agree with male to female violence – starting with modern ideals that it is unattractive and ungentlemanly. It stems further than this, down through the ages to tales of knights in shining armour and the morals and value of all religions.  Then there are the less romantic reasons: property protection and reproduction – going all the way back to the survival of the fittest. One of the strongest basic instincts we have as humans is that of dominance, and this is, in my view, what the argument boils down to between feminists and anti-feminists. There are differences between men and women, ones that can’t change and ones we wouldn’t want to change – the sexes of the species is, after all, our only true method of success and survival.If we can accept we are different, then why do we demand the same things? We want a door held open for us and the bill be paid (or at least we want a man who offers – then we can show off our dynamism by declining) …but we don’t want him to raise his voice or his fist. We don’t want to be objectified at the office for wearing a skirt and heels, but also don’t want to be called a dyke if we wear a pant-suit with our hair up. We don’t want men in the street to catcall, but we want our husbands to tell us we are beautiful. We want our own money, but we want to be treated now and then. We don’t want him to drag us back to his cave…. Or do we?Maybe the ongoing argument between sexists and feminists will continue to be perpetual, because we are fighting an impossible battle – there cannot be equality between two unequal forces.I am not implying that men are altogether the more powerful force,  but maybe there is a place for some sort of hierarchy of the sexes – especially when it comes to coupling – we don’t necessarily have to stay within our sexes role – I’m all for working mums when the dad stays home. However, two people cannot be perfectly equal; it is not how we are designed. That doesn’t mean one is less than the other, it just means we are different.

In the animal kingdom, the female knows her place. She does not cow-tow to it, or take to her genetic duties with bitterness or resentment – she raises young, she cleans, she finds food and shelter, she interacts and helps to maintain social order (I am thinking about lionesses as I make this list) and she protects with aggressive loyalty. She is not feeble or dependant. She is part of a team. A team that works.

Most young women I know in their 20s all have the same “career vs babies” dilemma. It has in some cases turned into a battle of “settling”. Part of this is not wanting to “give up” something – but they seem to be forgetting how many amazing, irreplaceable things they will be gaining. Some of those things a man can never experience. Many men may say “lucky for me”, but why as women would we throw these privileges and for-women-only positions away?

I understand some women are career driven and ambitious, and less interested in children and family life. And that’s fine by me. I just can’t imagine deciding as a career woman to start a family, and decide to have both. If you threw your all into your career before this moment, you knew the feelings of pride and success and power that comes with putting 100% of your self into it. Why then, would you want to stop putting that in, dropping to 50%, with the other 50% being for the baby. You are a strong, intelligent, furiously competitive and hard working woman. Why then, would you want to do two things at half your full capacity?

Another side of the debate comes down to money, or lack thereof. The amount of women I have met who work and their salary just covers the cost of day care is astronomical, and I always wonder why they choose to do this – if you chose to procreate, and working makes no obvious improvement to your finances, why not be the day carer yourself?

Six years break from any career is manageable, and rearing children full time is a worthy job – I’m not even a mother yet and I am definitely in this camp. It is hard work, long hours, physically straining, mentally exhausting – but endlessly rewarding.

The longer I work in the education system the more I worry about how many children are raised by strangers – they are safe and usually lovely people – but they aren’t mum or dad.

How do you know what morals are being passed to your infant, in small unnoticeable ways? What personality traits are being changed bit by bit? They can become your child’s primary caregiver, a title and responsibility I wouldn’t want anyone but myself (or partner) to hold.

These are the small ways in which you can impact on your child for those first six years, sending them off on their first day of school proud and happy that you’ve done all you can to prepare them for this day – it’s not that you want them to simply survive this day, using their wits and defences: it’s that you want them to flourish, to make the right choices, to make friends, to be successful.

If it means we resort to our men folk bashing us on the heads and dragging us to their caves to procreate, and tying me to a stove with a baby on my hip, then so be it.

I refuse to let modern Feminism make me feel bad about this intrinsically animalistic urge, and I refuse to feel bad that I count being a mother more important than chasing my career.

I only get one shot at life, and being a mother who makes a positive impact, is one thing I won’t be able to re-do.