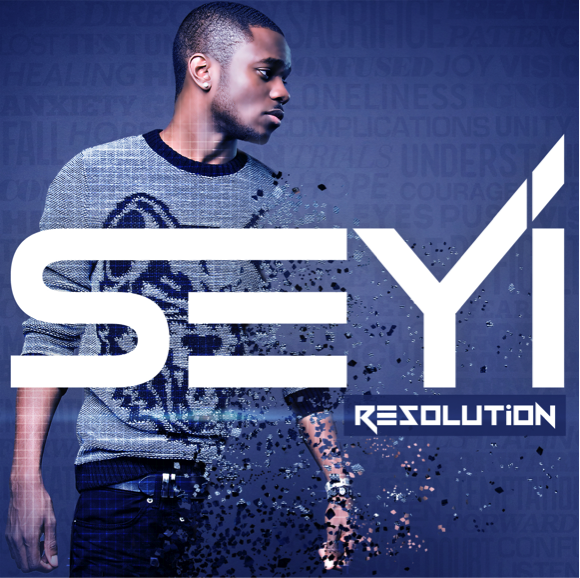 ‘Resolution’ is a true masterpiece of music centered around a backbone of R&B which has been synonymous with the US for decades. Attempting to break that trend and putting his own unique spin on fusing a multitude of genres and sounds from Pop to Dubstep, R&B to Hip-Hop, Seyi hones in on his influences of Usher, Dru Hill, Michael Jackson, Stevie Wonder and Luther Vandross and his background as a gospel artist, to produce an EP which could happily sit alongside both the US R&B heavyweights and the UK Pop superstars of today.

Not only is his voice alone something worthy to pay attention to, his ability to story tell is captivating, exemplified in ‘She will Never Know’ and mastering an immaculate example of word play in ‘Instrumental’. Tracks such as ‘Eyes on you’, ‘If I Could’ and ‘Kiss Me’ offer a more traditional R&B infatuation with one’s beauty, but told eloquently with lyrics such as: “in the middle of the ocean stuck, floating on the tears, that I’ve cried on my own”

Seyi’s versatility is dominant on tracks such as ‘Catch Me If You Can’ and lead track ‘Pretender’ which interestingly makes the perfect fusion between R&B and Dubstep. With an incredible Dubstep beat on the build up to an already head bopping beat, it’s no wonder it was snapped up by BBC 1xtra’s DJ DubL and premiered as his ‘Bubblin Under’ track of the week as well as also receiving support by DJ Target.

Set to rival the cream of UK talent, Seyi is working alongside his team ‘SOS’ along with his cousin, who happens to be one of the biggest producers to come out of the UK, Harmony ‘H-Money’ Samuels, to further mold and perfect his craft as a writer, singer and musician.