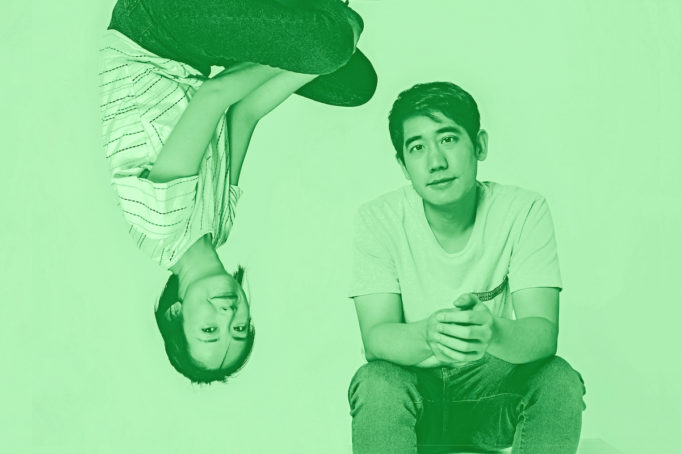 Brooklyn based electronic duo, Shanghai Restoration Project (SRP) are set to release their new album on Undercover Culture Music on the 1st of December 2017.

‘R.U.R. was recorded and self – produced in New York over the last year and features thirteen brand new tracks including ‘Spooky Party’ and the forthcoming single release ‘Alpha Go’.

A reaction to the current state of the world, the new album imagines a world in which humans have been replaced by robots who are trying to understand what led to its predecessors’ extinction. Via a time capsule, the robots learn about humanity’s most noble endeavours (art, agriculture, science) and worst attributes (narcissism, materialism, environmental degradation) and wonder if the universe will ever see the likes of these peculiar beings again. The title R.U.R is from the 1920s Czech play Rossum’s Universal Robots where the word robot originated.

Originally the solo project of Dave Liang, the Shanghai Restoration Project were initially inspired by the 1930s Shanghai jazz bands. Earlier work combined Chinese instrumentation with hip-hop as Liang had done some producing within P. Diddy’s Bad Boy Label. Shanghai Restoration Project first came to the public’s attention during the 2008 Olympics in Beijing when the BBC featured tracks from their debut album as theme music during their broadcast coverage. In 2011 Liang met Sun Yunfan, a multi-disciplinary artist who grew up in China, and they began working together – initially on album covers and music videos and later on songwriting and production. Together their influences have expanded to include the likes of Gil Gilberto, Orchestra Baobab, Erik Satie, Mahmoud Ahmed, SCSI-9, Bullion and the late Susumu Yokota.  Last year they co-wrote and produced the album ‘Life Elsewhere’ with Chinese jazz singer Zhang Le, which was well received in China and nominated for several national awards. The forthcoming R.U.R. album is the first record the two have officially released together as Shanghai Restoration Project.

They have now been streamed over 20 million times to date, been featured on the BBC, NPR, The New York Times, Last Call with Carson Daly and they’ve performed over 100 live shows around the world in places such as NYC, Amsterdam, Tokyo, Moscow, and The Great Wall of China.

Shanghai Restoration Project is set to announce further live shows later this year to coincide with the release of the new album. More details to follow.