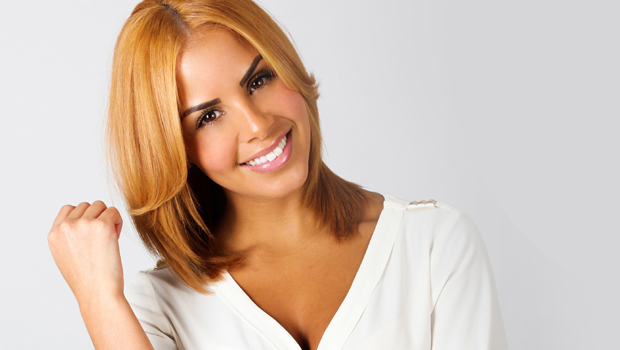 Okay….. So anyone who truly loves music will have fallen victim to watching reality TV shows such as MTV’s Making The Band or Breaking From Above and seen the ‘So Called’ struggle of trying to make it in the music industry. I say ‘So Called’ not to discredit the artists, because although these shows feature real artists just like myself trying to achieve their dreams they also have huge TV or record label deals behind them.

As well as having a team of experts supporting them for example choreographers, vocal coaches and even if they don’t make the cut they gain HUGE media exposure…. So I ask the question ‘Is this really reality?’
As an up and coming singer/songwriter who has already experienced my fair share of highs and lows in the music industry I have been invited to share with the Flavour readers my personal journey, the truth about both the highs and lows of trying to make it without all of the perks of a reality TV show.
My Article will feature everything I get up to on my journey to success, from the highs to the lows and of course the unexpected twists and turns to my journey. You’ll also hear all the behind the scenes gossip from the industry events that I manage to blag myself into…
I introduce you too ‘Keeping it Real’…. Hey Flavour Mag readers, Thanks for returning to read part 7 of my column ‘Keeping it real’.
I had the pleasure of catching up with my lovely former band member Jamie Lisa the other day when we were both invited to UK artist Angel’s 25TH fancy dress Halloween themed birthday party, We both worked with Angel on the Duchess project as well as toured with him on the Wretch 32 tour so to catch up with Angel and his team as well as catching up with my lovely Jamie was a real treat. I have to say Jamie’s ‘Bella’ from Twilight fancy dress look was totally brilliant, I decided to go as a dark angel in tribute to the birthday boy haha.
So as Christmas and the New Year approaches I realised the other day it has been a year already since my life was turned upside down. Three years of hard work on my girl group Duchess was over and I had to start again. Despite giving music as much of a shot solo as my emotions would allow post Duchess when new opportunities appeared on the horizon I had to take a look at them. My mum always did say “As one door closes, another door opens”.
As I said in my last column I’ve recently been given an opportunity from MTV ‘Wrap up’ to start presenting and I have to say I absolutely love it so far. Presenting has been feeling very natural to me despite that I hadn’t ever done it before, it’s been full of pure fun and I’ve had so much good feedback so far. I am pleased to report I will even be covering a few events for Flavour Magazine online too! My first piece for Flavour was just the other day for the New Era MLB Dugout launch party. I worked with a lovely and talented young camera woman called Jade. I have to say it was lovely that it was girl power thing going on in the team, SBTV founder Jamal Edwards even seemed to have a little camera envy of Jades video camera Lol. You can check out the footage on the Flavour magazine website or on my You Tube channel www.youtube.com/SHANIERYAN . I’ve also just done another photo shoot with one of my favourite photographers Jay Stewart www.JayStewartPhotography.co.uk , Jay has produced some cool new photo’s for my portfolio and also for me to use for my presenting work, so check out the photo’s on my Facebook page http://www.facebook.com/ShanieRyanArtist.
On the music scene… I recorded a vocal feature for UK grime artist Gunner Dee a few months back when producer Davinche asked me to feature on the track. Gunner has decided to put the track out in the next few weeks so it’s nice to know that some of the music I have worked on will be available online for you all to hear in the near future EVENT: New Era’s MLB Dugout Launch Party
VENUE: New Era Flagship Store, Soho – London.
INVITED BY: Flavour Magazine
WHO WAS THERE: Jamal Edwards SBTV Founder & New Era UK Flag bearer. Various fashionista’s and press.
DRINKS: Ice cold American beers, wine & soft drinks.
FOOD: Mini cheese burgers, mini Hot dogs & pretzels.
GOODIE BAG: No goodies for us ☹
WHAT HAPPENED??
I headed down to the event in New Era’s Flagship Soho store to see what The MLB Dugout take over launch was all about. New Era re-created an authentic side line dugout inspired setting on the mezzanine level of the store where guests could interact with the brand through social media and gaming. They were screening this year’s World Series games live on big plasma screens, DJSoul Partizan was on the decks playing the best in old-school Hip Hop. I had a great time playing on the in store baseball video game and I even ended up being the top female on the scoreboard!
There was a live touchscreen Twitter wall with a revolving baseball casting off users tweets with the hashtag #MLBDugout #NewEraCap and #MLB_Europe which I couldn’t resist sending a tweet or two to feature on. But my favourite part of the event had to be the green screen where we were able to take a photo of ourselves for our image to then be transferred onto a retro style baseball card. The crowd were working their way around the event with everyone getting involved with the gaming, the mini burgers & hotdogs went down a treat too. The event actually runs for the next two weeks in store so if you’re in the Soho area make sure you pop in and get in on the action.
UP & COMING….. @DALEYmusic
You may well of heard of this weeks ‘Up & coming’ artist as his debut single ‘Remember me’ Feat. Jessie J is on just about every radio station at the moment. With his amazing vocals, qwirky look and impressive list of collaborations I just had to tip my hat to Daley in this week’s column. Hopefully I’ll have the pleasure of seeing him perform live in the near future. Check out Daley’s version of one of my favourite songs, Maxwell’s hit record ‘Pretty Wings’.

THE BLAG SPOT
As an up & coming artist & presenter you’re not going to start out earning the big bucks so for now it’s all about the freebies Lol…..
After attending the New Era launch party this week New Era were kind enough to send me a couple of my favourite caps.  Thanks New Era!

INSPIRING TWEET OF THE WEEK
@ThisIsMaxOnline It takes one person to inspire you even when others try and do the opposite. Stay Focused.