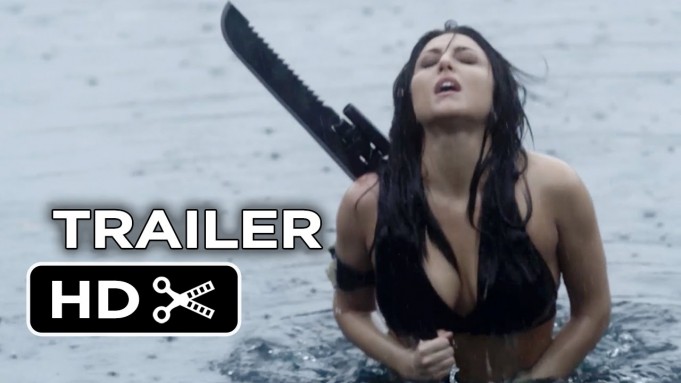 The third installment of the cult series, which sees nature’s two deadliest forces – the shark and the tornado – come together once again. Expect big laughs, plenty of gore and a host of hilarious cameos in this bonkers B-movie.

Set for a digital release on the 2nd of November and DVD on the 9th of November, we actually can’t believe of how much of a cult classic this has become in such a short period of time. Are movie fans really that much in need of a gimmick to latch onto?

Fin (Ian Ziering) and April (Tara Reid) head to Florida, they are quickly warned of trouble ahead as the Sunshine State is overcome with strong winds and a dangerous tumult of rain. Suddenly, the pair find themselves in the midst of a terrifying and ruthless Sharknado, but it’s just the beginning…

As the sharks tear up the coast and head towards Washington D.C. Fin and April realise time is running out for them to warn the capital, stop the Sharknado for the third time and save the President of the United States from a brutal fate!

Sharknado 3: Oh Hell No is released for digital download on the 2nd of November and DVD on the 9th of November.