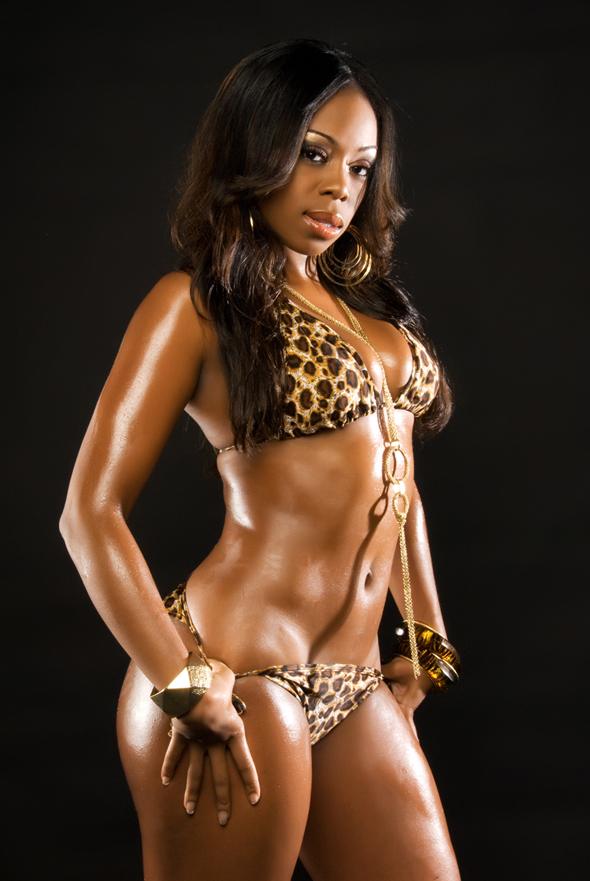 From her successful modelling career to being a reality TV star and MTV favourite, Shay ‘Buckeey’ Johnson
has lived the high life. Now with a film and book in development, entrepreneur Shay explains why her ambition won’t ever ease off.

When I was asked to carry out an interview with urban model, actress and entrepreneur Shay ‘Buckeey’ Johnson I wasn’t sure what to expect. Shay has featured in VH1’s Charm School and competed for Public Enemy rapper Flavor Flav’s heart on the dating reality show Flavor of Love. If my mind did not deceive me Buckeey, was removed from the Flavor household after altercations with another housemate. This got me thinking, what was I getting myself into and most importantly was I biting off more than I could chew? Never one to walk away from an excellent opportunity however, I dived in.

Natural-born thriller
As soon as I met Buckeey, her friendly personality eased my doubts and what I learnt was that she is and was always built for success, because she is a woman who, as she clearly puts it, ‘never takes no for an answer.’ While watching Buckeey during the first half of her Flavour shoot it was evident that she was a natural in front of the camera and the more I watched her, the more her confidence and command for attention grew. Had she always been like that? ‘I am confident, but had been shooting with different photographers. One coached me on my facial expression, while another taught me how to move my body.’ Buckeey has men mesmerized by her hourglass hips and toned physique which got her starring roles in music videos from Jazzy Pha featuring C-Lo – Happy Hour, Bubba Sparxx – Miss New Booty, and Young Dro featuring T.I. – Shoulder Lean – and she has graced the front cover of many magazines.
‘I had to prove myself and pay my dues before I got to this point and I’m not satisfied. I am not where I want to be, so the only way is up,’ she explains.

Strength from adversity
Buckeey may be living the high life now, but she has also been through personal trials and tribulations. Her parents divorced when she was very young and her mother was left alone to raise both Buckeey and her two other siblings. Like many one-parent homes, Shay’s household was plagued by debt and an immense struggle to make ends meet, but she conveyed that it was these circumstances that made her the strong woman she is today. ‘When I was younger, sometimes the lights were off, I had cold showers and I didn’t always get presents for Christmas. But I don’t want any pity. It taught me to be a stronger individual.’ With the her calendar and plans for a film and self-development book pencilled-in for release in spring 2009 it is now more clear than ever that Shay ‘Buckeey’ Johnson is one model who isn’t going to accept the tag of being ‘just a reality television star’ or who will take the allocated 15 minutes of fame without a fight. She’s definitely a force to be reckoned with, so watch this space.