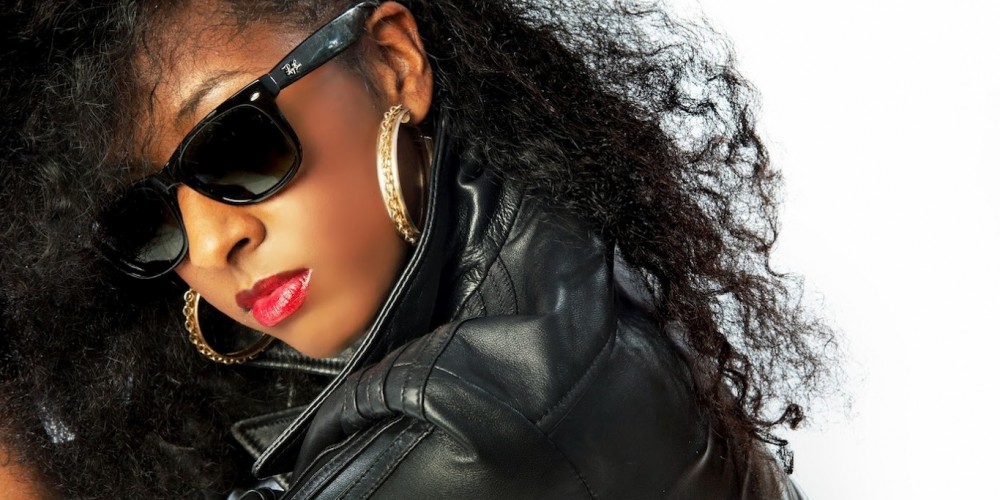 After a period of disillusion with the music business (post getting signed to Polydor Universal) Shystie disappeared certainly from the music scene.Pursuits in projects for film seemed to take precedence and she certainly gained a following for the popular Dub Plate Drama which she starred in.

Shystie however is a no holds bar femcee from East London with a lyrical savvy and when needed hard one line puts downs-how long could she stay away from a game she loved?

In truth it was quite a long time that she stayed away certainly from the spotlight of the femcee game. Unbelievably seven years later one of Hackney’s hottest femcees returns with the energy of a nuclear reactor powering a particularly devastating war ship-she’s unleashing war heads, sending out the air-force, and blowing the horn-SHYSTIE!

It’s been a long time but would you refute the statement that this is a ‘comeback’?

It is not a comeback I just took a little while out- well I took seven years out and basically I have been doing different things like acting and touring and stuff like that. Now I am focused on the music focusing on the mix-tape the EP and performing.

But can you understand why people would call it a comeback?

Why did you lack such a fundamental component as ‘inspiration’?

Well I was not getting enough radio play. I was signed to Polydor Universal but I pushed to the back because I was going against artists like 50 cent and Eminem. So that was the main reason really and then management probably got dis-heartened. I mean my management was good at the time but as we progressed more it was not working and then I just became un-inspired really and so I started acting.

So when and why did the inspiration return?

Well, I took a while out and I went to Barbados with my family and I decided to use the holiday to get clarity and to decide if I wanted to do music-I was out there for 6 weeks. I came back rejuvenated and I met Christian (my manager) who I actually met through my old management which is crazy and he has come with all the fire and I was like “shit this is what need”.

Knowing what you know are you still keen on big label involvement?

Before we get onto music New York fashion week-that was a massive look how did that happen?

Basically the hook came from a designer called Stevie Boi who is really big he does a sunglasses line and he designed glasses for Rihanna in Run This Town, he’s done stuff for Lady Gaga so he reached out to management saying he was a fan of me. So he flew over to London with his management and we went out for dinner and he asked if I would catwalk for him at New York fashion week and I was like “WHAT” and I just said “I’m in!”

Next stop Paris then!

I think he wants me to be part of the London one next year but I have done London, New York so I really want Paris and Milan so that will be great.

Now what about the Azealia Banks hook up that was another great moment for you.

Yes that was great. Basically Azealia had done an interview and one of her supporters or friends messaged me saying that she had mentioned me. So in the interview they had asked her who her favourite rappers are and she was like Styles P and Shystie. I was like “shit!”So I messaged her and she responded saying she thought I was heavy.

You are getting heaps of love from the US; I know your icon Missy Elliott likes you as well.

Missy Elliot is the reason why I started rapping she is a genius and legend so when she shouted to me on Twitter saying she wants to meet me when she comes over to the UK I was like “WHAT!” When Missy tweeted me I prayed for like five minutes I was just so blessed and so happy.

So since coming out it’s like a freight train of music-what’s cracking?

Gold Dust volume 2 came out it was like fifteen tracks of new beats and some are tunes that are just big at the moment and there will be loads of videos but look out for We did a Niggas In Paris we have shot some video and so we are just going to be dropping loads of videos for the mix-tape. Then I have got my EP coming out in November called Pink Mist and that is just all the original tracks that we did in the studio so that will be big!