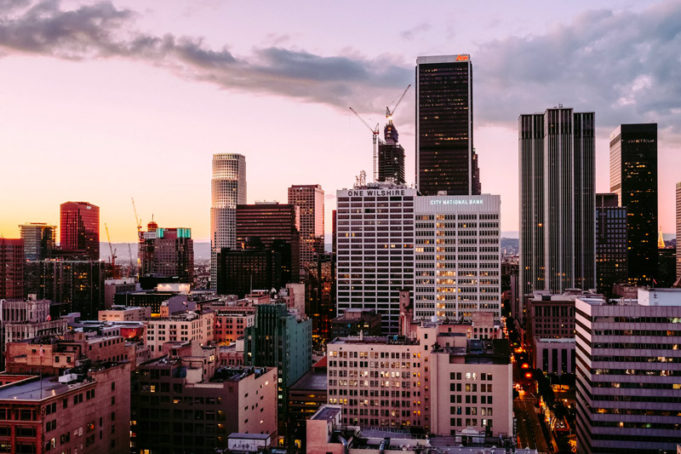 Whether it’s a weekend break in a European city or a week on a tropical beach, travelling is always a good idea.

Beautiful scenery, mouth-watering cuisine and gorgeous weather are good enough reasons to jet off into the sunset with your suitcase, but figuring out where to go can be a different matter altogether. So if you’re in need of a little inspiration, why not look to the silver screen? Be it the deep blue of the sea in Mama Mia, or the rolling Tuscan hills in Gladiator, movie locations often provide buckets of inspiration…

Fans of Steven Spielberg’s 1982 hit ‘E.T’ should pay a visit to Los Angeles. Filmed in Porter Ranch, Northridge, Granada Hills and Tujunga, you’ll feel as though you’ve time travelled to the 80s if you follow in Elliot’s footsteps. Head to the intersect in Granada Hills (where White Oak Boulevard and Tulsa Street cross) to see the spot where Elliot’s bike takes to the sky, and be sure to pay a visit to 7121 Lonzo Street in Tunjunga if you want to see Elliot’s house for yourself. It’s a bit of a drive out of the valley, and a nice way to get a feel for LA’s quieter side. Just keep a respectful distance – it’s a private residence so you can’t go walking up the driveway, but you can take a photo from the sidewalk.

Filmed entirely in Louisiana, ‘12 Years a Slave’ is full of beautiful movie locations to see if you’re heading to the southern states of the US. You’ll recognise the French Quarter in New Orleans, as well as numerous plantations spread across the state including Felicity Plantation, St Joseph Plantation, Magnolia Plantation and Bocage Plantation. Following in the footsteps of the film’s characters makes for both a beautiful and harrowing experience owing to the history of the slave trade and Louisiana’s plantations, but it’s a place that’s well worth learning more about.

One of Australia’s greatest horror films in years, the Babadook provides some great travel inspiration if you’re looking for a vacation in this part of the world. Most of the film was shot in Adelaide in South Australia, but unfortunately you won’t be able to see the beautiful Victorian house the film is set in as it was built specifically for the movie. Some scenes were filmed in a real nursing home – Eldercare Kirkholme in Goodwood – but the majority of interior shots were filmed on a soundstage. Nonetheless, Adelaide is a beautiful place to visit – explore the Cleland Conservation Park, wander the Adelaide Botanic Garden and sprawl out on the beach at Semaphore with art-deco buildings in the background.

Harry Potter fans are spoiled with charming locations to visit right across the UK. While Hogwarts sadly doesn’t exist for real, many of the interior shots are old buildings that are still open to the public. Head to Christ Church College in Oxford (England) to see the great hall that Hogwart’s Great Hall is modelled on, as well as the Bodleian Library (Oxford’s library features heavily in three of the films). Pay a visit to London to see the Millennium Bridge (where a dramatic opening sequence for Harry Potter and the Half-Blood Prince takes place), as well as Kings Cross Station where you can take a photograph at platform 9 ¾. Head north to Durham Cathedral to walk through the elegant cloisters, and continue north into Scotland to take in the Glenfinnan Viaduct on the West Highland Line between Fort William and Mallaig. You’ll recognise parts of the Glencoe mountain range for the rural scenes around Hogwarts and the backdrop to many Quidditch matches.

Has this given you some inspiration for places you can see on films? Which films make you want to travel?