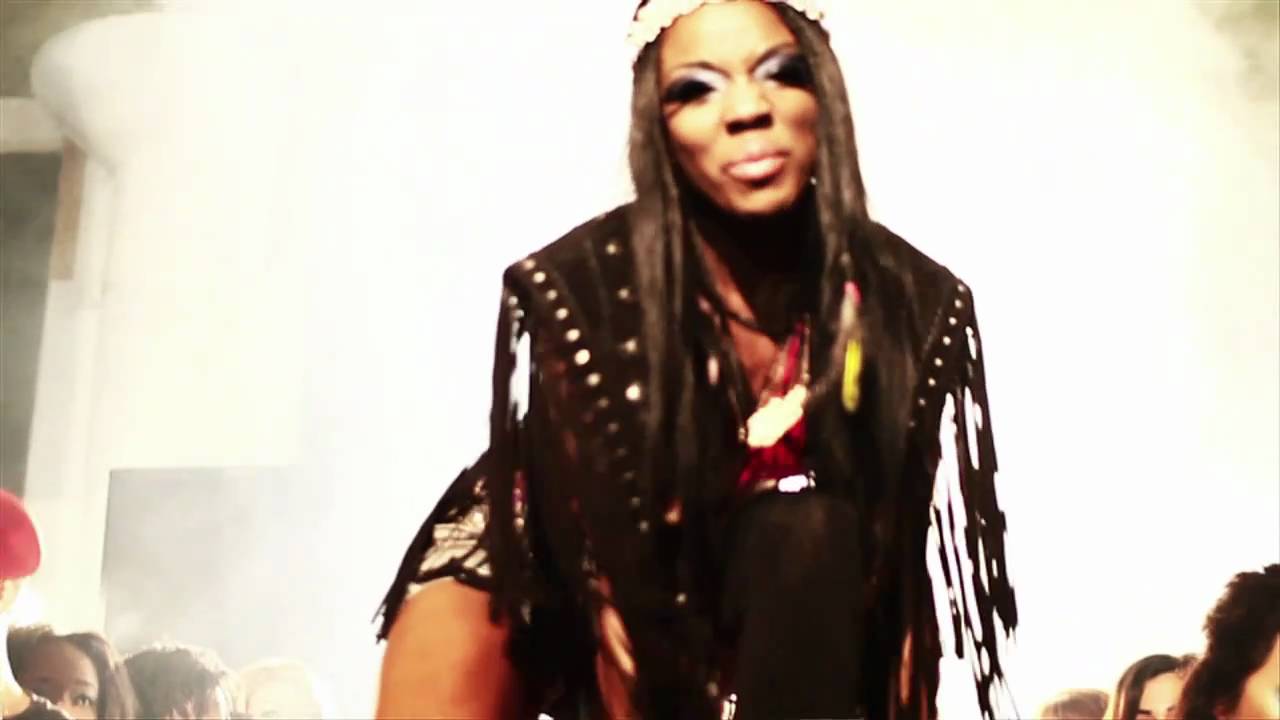 Singer and songwriter Nenna Yvonne holds a remarkable title at the young, yet impressionable age of only 21. She started her own independent label at 18, and attended LaGuardia Music & Arts High School – whose former pupils include celebrities such as Nicki Minaj, Alicia Keys, Kelis and Wesley Snipes. She is the first female Nigerian Born Independent Electro Pop Artist from NYC – and even with prominent Electro Pop artists in stiff competition from her neck of the woods, Nenna stands out from the crowd in her own right. As well as being an amazing songwriter and dedicated singer clearly committed to her first passion, she composes music and lyrics in a number of genres, and languages – German, French, and Italian. Nenna intends to take her love for music to outstanding exceptionable levels.

Her debut album ‘Model Citizen’ – released in March last year, gained a great deal of media attention and not to mention a staggering 2.5 million views on MySpace. As a child – being the first born, Nenna had a lot of responsibilities from a very young age. On immigrating to the US from Nigeria when Nenna was 4 her parents were determined to provide a better life for the family. Surprisingly although Nenna comes from a relatively academic upbringing, with a mother and father who are not in the entertainment industry, once settled in the US she grew to adore theatre, dance and music – and funded her own home studio basement to begin working on her dream profession.

She fully engaged with the American way of life and began to excel, performing at a number of school music events, undertaking lessons, and achieving third place at a Beauty Pageant for Miss Black America. Inspiringly – Nenna wrote the Summer Jam Hot 97 Anthem song for the well known Hip-hop & R&B Radio Station now hosted by Angie Martinez. Her wonderful song ‘Some Girls,’ MTV also used for hit TV Show ‘The Hills.’ She currently resides in LA where she can work towards her goals and become a name to remember within the Electro-Pop world. We caught up with Nenna in LA to talk about Lady Gaga her music, fears and favourite pastimes.

You immigrated to the US for a better life, tell us more?
I came to the States with my family at the age of four and a half, and was the one looking after my brothers and sisters when we first came over. We moved from Nigeria, I’ve been back a few times with my Dad because he’s back and forth with his job. Recently there’s been more focus on my music career and working towards that, but I do plan to go back and do a couple of live shows and get things going over there!

I started when I was about 14 [Laughs] that was totally against “it”! Traditionally most African parents want their children to excel on the more academic, medical, political fields of study. So when my Dad found out that I was really into Creative Arts and Performing in general, he told me if it’s something you want to do you have to start from an early age – and really just perfect it almost. How has life been since moving?
I’ve had the best of both worlds. It’s not that I have completely disregarded going back an actually engaging my Nigerian fans with what I’m doing here in the States, its just that when you find yourself in the right opportunity to move forward with whatever your pursuing as a career, you want to take advantage of the fact that you do have fans in the States as well as abroad. Right now it’s about moving in every direction possible to get everyone onboard.

Finish this sentence, to me Music is…?
Music is an escape. It’s an escape from reality, and it’s a way to embrace the hardships and struggles of life. It takes you to a place where things become magical.

That’s just lovely! Which decade of Music do you prefer?
I’m really into 80’s Classic Rock, sometimes I do listen to uhm, you wouldn’t believe this but Country music as well, they have a message in a lot of your songs. I’m really into Pop music! So that would be number one but in terms of listening to a variety – I listen to Daft Punk, Electro Pop Music, and Classic Rock.

Which artist do you love so far this year?
There’s an artist I’ve been really into for a while is David Guetta, he’s actually a European DJ. He’s worked with everyone from Akon, to Rihanna… Everybody. He’s really popular now in the United States, but its just recently – he gained a lot of momentum from producing a lot of big hits. Overall he’s got a great sound to his production. I would love to work with him, Bruno Mars, MGMT [an American psychedelic rock band].

These are bands and artists that I feel are just really talented and overall excellent songwriters and producers.

What is on your iPod?
I have Janet Jackson, I have… [Laughs] I have to look at my iPod, I’ve been listening to a lot of Rock bands lately, Greenday, U2, I have so many it’s a lot!

Could you tell us something about you aside from music that no one else knows, whether it’s a hidden talent or a hobby for example?
Let me think… [Pauses] Well when I was growing up I always thought that I was going to become a detective. I know that sounds a little bit weird, but when I was in high school I was into debates and politics, so I thought I was going to pursue becoming a real life detective – solving crimes and mysteries! [Laughs] As I got older I just realised its one of those professions where you really have to travel a lot, with music you have travel probably a lot more, but in the sense of when you’re solving murders and crimes also – I don’t know if I could handle it! – Its morbid.

Do you enjoy programmes such as The First 48 Hours, and Crime Investigation Documentaries in your spare time when you’re not too busy?
I do watch CSi and Law & Order…So on my downtime that is exactly what I’m doing! [Laughs]
A lot of these guys take real life situations and they show you how the detective interacts with the journalist and the police and vice versa. There’s so much involved and it’s so engaging. You wonder how they handle it, and how you get into their world – that’s my escape.

Your music is very current in the industry today, which is your favourite song you’ve written?
I really love all the songs because each of them have a different message, and a sort of aura to them. I think from the most recent one ‘Go Around’ which is the new single I’ve been promoting – that song is more of a feel good dance record and that’s just what I want – to make sure the fans are also having a good time when they hear the song and be able to engaging in it – for anything other than being too serious or taking life too seriously.

Then you have other songs in the past, that are really serious, and they want you to think about things that you’re doing, and the way you’re working out situations in your personal life. Maybe you’re going through something that you can’t deal with – and the song just takes you away…

In terms of your style and tone you remind me of a Black Lady Gaga! Would you take that as a compliment?
Lady Gaga and I both grew up in the same City! Gaga was actually working on a lot of her mixes in the same studio that I work in. My current manager right now used to work directly with her and help produce a lot of her material. It’s almost interesting that you would say that because her stomping ground from her becoming who she is now – is exactly where I came from! She played at a lot of the same clubs that I played, worked at the same gigs that I worked at. It’s amazing to see the development of where she came from to where she is now and how that’s contributing to what I’m doing as well.

Do you have a weakness?
That’s a good question. I’m afraid of heights. I wouldn’t say it’s a weakness – I guess it’s more of something I have to overcome in the sense of fear. I get really nervous on planes! It’s hard for me to fall asleep. When I came to the UK that was about a 10 hour flight [Laughs] I swear if it wasn’t for the fact that I had a neighbour to my left on the flight that helped talk me through it I probably would have freaked out and told them to stop the flight!… I prefer to be on the ground.

Would you ever consider crossing genres and maybe work with R&B Producers?
That’s definitely something I would consider, I think it would be a great opportunity if it arises. Right now my main focus has been working within the Electro Pop scene because that’s where a lot of my songs are catered to. Maybe even working with Lil Wayne…

Where do you see yourself in 5 years?
In 5 years I hope to be touring more and performing more for the fans, and hopefully releasing more material more songs more albums…