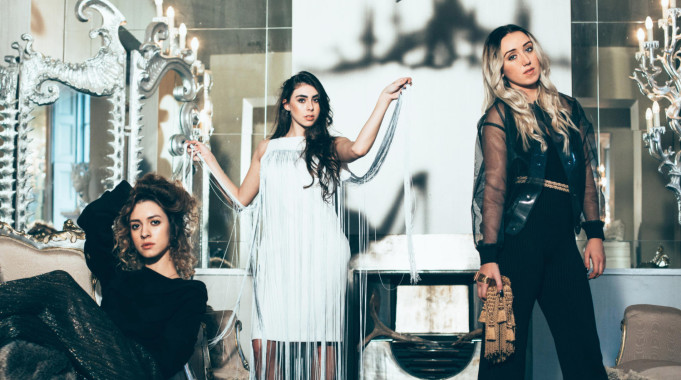 Raymond Stevens was the name behind one of the biggest stars to date from the UK, Jessie J. He evidently helped to put her on the road to global success.

Behind the music success however is a man who has managed to survive and live after suffering sexual, physical and mental abuse at Shirley Oaks a care home in Lambeth.

Years later and Raymond Stevens has written and produced a track to highlight the suffering that hundreds of children (now adults suffered at the home). While the trauma of the abuse they suffered is clear the track, called Don’t Touch It, It’s Mine featuring EtherMia highlights the strength of these individuals to survive the abuse and importantly to speak up about it. In a powerful video the victims share their experiences in short anecdotes and tellingly make it clear that abuse of all forms is wrong.

Flavour had a chance to talk to him about; the video, his own trauma and of course where those who are suffering abuse can find support.

The motivation for the track is understandable but how difficult was it creating a single that encapsulated the difficult subject of child abuse?

It was most probably the hardest project I have worked on and the tension was always, how far can I push without alienating the listener? In the end I settled for creating sound bites that we could put to melodies; these were drawn from interviews with people who had suffered abused. The video has a voice over of people recounting their stories how difficult was it for you to hear these stories?

Hearing their accounts was the most painful element and then pushing each person to say more with a view to capturing the true horror of their life. It was hard because many of the people were friends of mine in the home who have had to carry secrets beyond most human’s comprehension.

What is telling is the fact that the child abuse is of course only the beginning it’s the aftermath that is even more harrowing-what are some of the inspirational stories that immediately come to mind?

The most inspirational thing is the coming together of over 400 children who suffered horrendously due to adult transgressions and today is living proof that Shirley Oaks is a leading example to all abused children that coming together in numbers enables you to move forward.

Explain a bit more about the Shirley Oaks Survivors as an organisation?

The Shirley Oaks Survivors Association (SOSA) is a support group that has been set up to listen and document the accounts of those who have suffered or witnessed a variety of horrific abuse whilst in care in Lambeth Children’s Homes. We aim to raise awareness on Shirley Oaks and other South London Children’s Homes where abuse took place from the 1950s onwards. To understand what was the reason for Lambeth’s inability to carry out its moral and statutory duty to protect the children in its care from 1965 onwards; to investigate why so many pedophiles where allowed to operate or be employed by Lambeth Council; to seek justice for those who were victims of sexual, physical and mental abuse whilst in the Lambeth Care system.

How can people support the track and victims of abuse?

The first and most important thing is to share the video and share it with confidence, with the knowledge that every time it’s played you will empower the survivors because their story is there to help others. Also we know the abusers are watching the video and we hope they have to hide in shame every time it plays. The track is also available on iTunes too with all proceeds going to the Shirley Oaks Survivors Association.

If people are suffering from any form of abuse what should they do and who should they contact?

Firstly don’t suffer in silence. There are some very good organisations who offer support and counselling there is information on our website

SUPPORT DON’T TOUCH IT, IT’S MINE