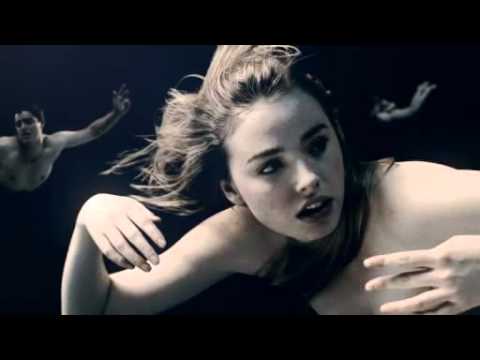 The third generation of E4’s teen drama return for the sixth season… Unfortunately this will be their last, but the group of friends – Frankie, Mini, Grace, Liv, Nick, Matty, Rich and Alo – will definitely be going out with a bang. So that means more sex and drug-fuelled adventures. Bring it on!

How has this third generation been different to the others?
Laya: We’ve brought something fresh to the table; in a way it was a lot more innocent with our first series: there wasn’t as much drama and it wasn’t as dark. The upcoming series is a lot darker and crazier.
Freya: I think it’s also more grown-up. The other day we were talking about how young we looked in the last series. I feel this year, as characters as well, we’ve matured, even though the content is still very much focused on adolescent and teen drama.

What was the first thing you did when you found out you got a role on Skins?
Sean: I drank.
Sam: I was working in WH Smith, so after the call I went back to finish my shift.

Will your characters settle with a special someone?
Laya: This series Liv finally lives up to her impudent self; she comes across with the ‘I don’t need a man’ attitude.
Jess: Grace grows a lot, and she has a special someone; she always will have that special someone. It will be a ‘till death do us part’ sort of thing.

Any perks of starring in Skins?
Laya: First, it’s really fun. You get to work with people your own age, it’s like being back at school, and making new lifelong friends. Then there’s free stuff once in a while. Most of all, we get to be part of such a fun show!
Freya: For me, and all of us I reckon, it’s the opportunity to work with such a nice cast and crew; we work with lots of directors and writers, so we’re always meeting interesting people.

Skins has always been controversially explicit – what is it like filming those scenes?
Dakota: In one scene Jess had to push my legs so it looked as though…
Jessica: Simulating.
Dakota: Because I’m underage, I can’t legally simulate sex with another person, but obviously I can’t always do all the movements by myself so Jess had to push my knees.
Laya: There are ways to get around the underage thing definitely. Like last year I was the only girl that was 18, so that was a reason for all the sex scenes I had. And on my first day for my first ever scene, I had a sex scene – that was uncomfortable!
Freya: Sex scenes are the most unsexiest things to film.
Jess: The editors do a great job.
Freya: I have a really explicit sex scene at the beginning of an episode this year; it’s really the most unclassy, grotty scene you could imagine. Physically I was in so much pain, it’s like, ‘Lift your right leg up and move your body to the left…’ Any new issues covered?
Alex: Tons! The big theme is how girls are treated by guys in society.
Sam: There will be a lot more sex!
Sean: A lot of violence, a lot more drug-fuelled issues, and sexuality preference. A lot of adult themes that start to affect us.

Do you worry how young viewers perceive you and the storylines?
Dakota: I do. In the next series there are seven sex scenes, five of which I’ve been a part of. I don’t want my younger sister to watch it, let alone people I don’t know.
Laya: I think a lot of kids are going to be doing it anyway. I like that people can relate to the show. I remember relating to the show when I was watching the first series. That’s why we’re doing this; why I’m doing it.
Dakota: The difference with Skins is you see the shit side. When you see the characters taking drugs, we don’t then look perfect the next day; we have hangovers and feel like crap. It’s not like some kind of fantasy; it’s showing what it is like for people who live that kind of lifestyle.
Freya: I think it bothers adults a lot more than it bothers kids.

Do your parents watch the show? What do they think?
Freya: I remember last year when I got sent the schedule for the week, my dad read the sentence with the scene I’d be doing, where it said ‘Nick munches Mini’…
Laya: My mum’s always asking me really awkward questions about sex and stuff, so when it came to watching my episode I covered my face and my mum was like, ‘Don’t be so stupid.’
Dakota: That’s not really something you ever want your mum to see; it’s unfortunate enough that they know you’ve ever done it, but to have them actually watch you…

What’s your first thought when you see yourself on TV?
Freya: Kill myself.
Laya: Acting-wise there’s always times you’re not going to like how you did something; but for me the first thing is how fat my face looks.

Who gets the most male attention?
All: Freya.
Laya: Everyone I talk to is like, ‘Argh, that blonde one is fit.’
Dakota: One night we were out with some of Laya’s friends and one quite loudly shouted, ‘Where’s the blonde one, she’s much hotter than this girl.’
Freya: Personally I don’t feel that way! In Edinburgh all the guys at my school were obsessed with Jess.

Any off-camera romances?
Laya: Be nice to think yeah, but no! The boys are like annoying brothers you want to get away from half the time. They come to us for girl advice; to them we’re chicks with a dick.
Jess: Sean thinks were the most disgusting chicks ever.
Laya: Sean’s the type of guy who likes his girls pristine and well-kept.
Freya: And obviously he never dates girls who get periods!

When you joined the cast of Skins did you feel any pressure to live up to the previous generation’s rep?
All: Yes!

The show has a strong content of sex and drugs – what message would you like to give to fans dealing with these issues?
Jess: Don’t do it!
Laya: You’re not alone in it.

If each letter in ‘Skins’ represented something, what would it be?
[After a long debate, Sean comes up with the perfect line]:
Sean: Silly Kids In Naughty Situations – that’s going in the interview!