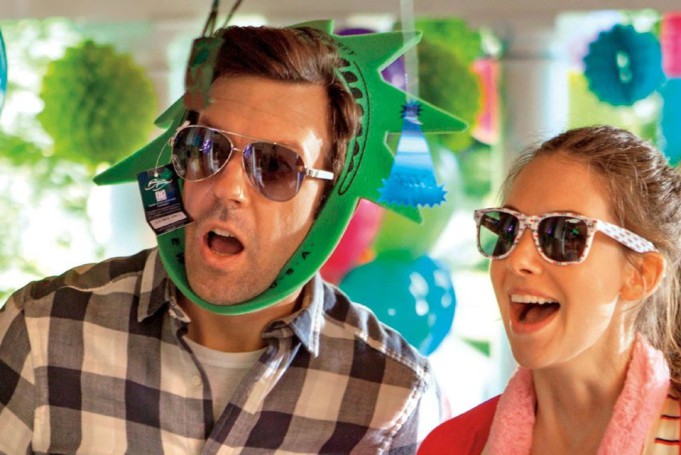 As audiences grow and change so does their need to have something new. Not everyone owns up to liking the odd rom-com or two but with Sleeping with Other People there is something for everyone in the form of raunchiness and romance, it smugly hits the right (g) spot.

In Sleeping with Other People Jake and Lainey, played by Jason Sudeikis and the hot right now Alison Brie are old college buddies who just happen to have lost their virginity to each other all those years ago.  After going their separate ways after college, they lose touch only to bump into each other again at a sex-addiction group both well into their adulthood and with slightly different sex-issues of their own.  Jake likes to sleep around and be unfaithful while Lainey is addicted to sex with her former lover and gynaecologist Matthew (Adam Scott). Those old enough to remember When Harry Met Sally, may see many similarities between the films as the pair decide to have a platonic relationship whilst helping each other out with their relationship and sex issues. One said sex issue is the fact that Lainey has never masturbated – to Jakes horror – he decides to show how her exactly how to touch herself with the aid of a jar, finger motions and all. Jake also has a name for his technique, The Dirty DJ. Let’s face it this scene is highly ironic seeing as though most men don’t have a clue how to touch a woman that intimately. There has to be major respect to the research team for that little gem. As the friendship grows between the two so do the feelings they have for each other which neither one wants to openly admit. OK yes, this part of the storyline is vastly predictable but would you expect anything different from a hybrid rom-com? Writer-director Leslye Headland has created a highly comical script for the modern generation, those who aren’t so fickle as to believe life and love are full of hearts and roses and shows we are more in touch with our sexual needs than ever.

Brie’s performance as an Edgy yet vulnerable woman and Sudeikis’s womanising Jake are at times rather smug. This only makes you want to give them a slap around the face to snap out of it. Having said that, they both have that connection to the audience which is lacking in many of the films in this genre.

Sleeping with Other People is out on DVD to own 22nd February.