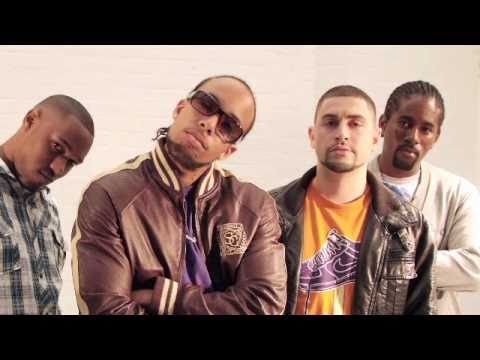 Smart Alyc is North London’s evolutionary rap artist and certainly lives up to his stage name, with his clever lyrical play on the words in his music. More than just a rapper, this songwriter and producer’s latest work ‘Anti Social’ is currently gracing the UK rap scene and is filled with his charismatic and unique style. Having taken a hold of the mic to start rapping from the age of 17, he was also an enthusiastic drama student. Flavour catches up with Smart Alyc for a quick chat about music, movies and a career in acting.

What movie defines you?
What movie? [Laughs] I’d say anything made by Quentin Tarantino. Not your average straightforward movie; pretty sharp, well put together, always intelligent quotes, witty!

Do you have a favourite movie?
I’ve got a lot of favourite movies that I love. It is hard to pick one; I know if I pick one now I’d probably think I should’ve of thought of something else later. Can I give you some of my favourite movies? City of God, Goodfellas, I love Groundhog Day, that’s a good one. I like a lot of Will Smith and Eddie Murphy movies, Bruce Willis’ Die Hard… I mean, there are so many! I just love them all man.

You studied drama at school, so are you considering acting as part of your career?
Yeah, I actually did a performance at the Theatre Royal Stratford two months ago. I did a small monologue for FACT (Fighting Against Crime Together), so it was for an anti-knife crime thing, and I played and acted in it. I got to write my own script as well – it’s all good man! What would life be without drama?

So, you’re a rapper/producer/songwriter… more acting in the future maybe?
Yeah, hopefully. I wouldn’t mind becoming the next Will Smith; wouldn’t mind his money! [Laughs]

Sometimes it’s not seen as being cool to be a ‘smart alec’. But what kind of message do you really want to give to the people about this as Smart Alyc?
There’s nothing wrong with being a smart alec, as long as you’re not doing anything bad. You can’t be pimping. Just keep it smart and keep it clean.

For more on Smart Alyc and to check out his latest music video visit www.smartalyc.com