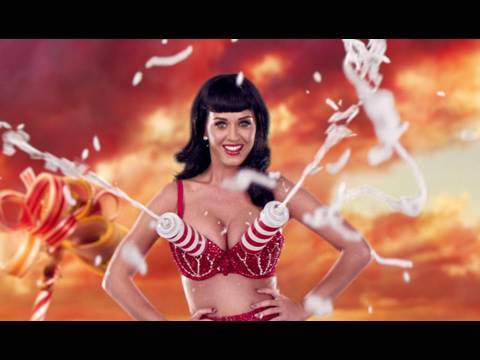 The long awaited concert took place on Friday at the O2 Shepherd’s Bush Empire. This is how he rolled  After years of wrangling with government officials, it was finally decided to allow Snoop back into the UK.  And boy, we’ve missed him!

Having waited for 16 years to see my favourite rap/hip-hop artist, the night finally came, and he didn’t disappoint.  Deciding to attend the late (over 18) show, following the earlier PG show, I knew there would be some waiting around.  However, we were let into the venue more or less on time and in no time at all veteran Hip-hop DJ, Tim Westwood, took to the decks to keep us entertained.  Playing the biggest hip-hop and bashment anthems, old and new, Westwood took us on a journey through East Coast/West Coast heavy weights, touching on some UK funky and house and garage classics along the way.

Tempa T, new school UK grime artist, joined Westwood on stage and performed a number of his tunes, with plenty of hype.  Gathered by the initial reaction from the crowd, not many knew who he was, but he soon managed to get the crowd moving and joining in with his trade mark scream of “Sleeeeew dem!!”

Westwood returned to the decks as Tempa T finished his set.  Some in the crowd did get a little restless after a while, but this quickly petered out. And soon enough the lights went down, and we were all stood eerily still with our eyes fixed to the two screens on the stage that had suddenly come to life.

The short film featuring Snoop ended, and the ‘Dogg Father’ himself graced the stage.  Clad in a navy blue, paisley print, jump suit, Adidas shell toe trainers, dark sunglasses and his hair in two bobbles, he certainly looked every bit the artist we know and love.  It was show time. Going straight into tracks from the Doggy Style album, Snoop took us waaaaay back to 1993.  Banging out hits such as ‘Murder was the case’ and ‘Nothing but a G thang.’  He continued through to ‘Gz and Hustlas’ and the classic hit ‘Gin and Juice,’ supported by a live band.  His memorable lyrics, the strong melodies and the effortless, yet smooth and engaging performance had us spell bound. He worked the stage, interacted with the crowd, and did the infamous ‘Crip Walk.’  The energy was pumping, the crowd was singing and the cameras were rolling.

Bringing it a little more up to date with the tracks ‘P.I.M.P’ and ‘Beautiful’, originally featuring 50 Cent and Pharrell, he moved smoothly into ‘I want to love you’ featuring Akon. Not forgetting the bass heavy ‘Drop it like it’s hot’ and electro production, ‘Sexual Seduction.’  Snoop also took a little time out to pay tribute fellow West Coast artist and friend Tupac, who was sadly murdered in 1996 and performed their hit ‘Gangsta Party.’

I must admit there was one tune in the mix that I wasn’t familiar with.  But a chorus later I was singing at the top of my lungs “I wanna rock right now” and swaying “hey….. hey…… hey…… hey……”

Watching Snoop perform one of my favourites from the Doggy Style album, ‘Lodi Dodi,’ was a highlight of the night. He then went straight into another favourite, the hyped tune that compels you to do some serious head bobbing, ‘Pump Pump.’

Soon after, Damon Albarn, who Snoop affectionately referred to as his ‘nephew’, seemed to appear from nowhere.  He joined Snoop on stage to perform a rendition of the 2001 Gorillaz hit ‘Sunshine in a bag’ (Clint Eastwood).  Snoop also performed the 1992 hit ‘Jump Around’ by House of Pain and adapted the 1969 verse made famous by Steam, leading the crowd in a chant of “………..Sha, na, na, na… hey, hey, hey, Snoop Dogg!”

The night culminated with the ultimate finale.  The long awaited performance of Snoop’s debut single, ‘Who am I/What’s my name?’  The song that brought Snoop into the lives of millions world wide – What a climax!

And one thing I must add is that he sounded exactly they way you wanted him to sound and expected him to sound.  Snoop is a truly talented artist; he can lay tracks down in the studio and bring them to life on stage.

Although it was on a much smaller scale than he deserved, and compared to the many other concerts I have attended, including 50 Cent and Usher, this was quite possibly my best concert ever.  I feel this was ‘just a small introduction to the G funk era’, and who knows, now that Snoop is allowed back into the UK, perhaps the rest of Tha Dogg Pound will join him next time.  I’m already looking forward to seeing Snoop perform when he returns to London, and would definitely recommend that anyone who missed him this time, see him then.

What a night! He came, we saw and Snoop conquered.  He is Snoop D, O, double gizzle, fo shizzle!