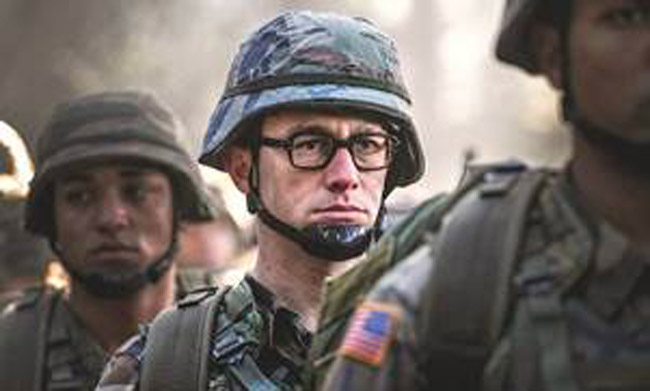 There have been at least 17 cinematic films from this year that are based on actual real-life events, which doesn’t include Bollywood or TV movies.

While maybe not the most in recent years, but the genre has certainly become more popular over the decades. What’s more noteworthy of these films of late is actually how close in recent history these events were to their Hollywood adaptions.

Oliver Stone’s Snowden is a biopic painting the story of CIA operative Edward Snowden who leaked thousands of classified documents to the press back in 2013 – only 3 years ago. The turnaround rate for events to transpire and then end up as a full-fledged Hollywood movie with a top-billed cast and a lauded director is quite frankly astonishing. This presents benefits but also can hinder the eventual piece of art created.

With this timeline, the film benefits from the audience having experienced, in some way or another, the actual event. It can bring another level of emotion and understanding to the film, making it relatable in a way. In other ways, and in particular with Snowden, it suffers from a lack of freshness. The story doesn’t provide anything new to those who know and understand even the basic storyline of what happened with Snowden.

Without the mystery of the story, the film suffers. With all the focus being on the plot and not a lot of other devices used to enhance for those looking for something to alleviate the story, it can be disappointing. Meanwhile, the performances are also a double-edged sword. Both Joseph Gordon-Levitt and Shailene Woodley are authentic as Edward Snowden and his long-term girlfriend Lindsay, but they struggle to fill the cinematic screen in some ways. Snowden, while most probably an accurate representation of the real article, doesn’t show much of a personality besides his patriotism and love for technology. And while initially, Woodley’s role seemed a positive change, giving her a passion of her own (which sounds silly but most female characters don’t even get this), and a strong attitude, essentially her role was to be inconvenienced by her boyfriend whose classified job shipped her around.

Their adversities were touched upon and while romance isn’t integral to the story,it might have added some dramatic flavour if explored and dramatised a little more. Other friendships with under-rated actors Ben Schnetzer and Keith Stanfield could also have developed to give the audience more.

What Snowden does well is provide a comprehensive A to B blueprint of how Edward Snowden went from failing in the US Army to becoming a high-profile American fugitive. What it doesn’t do is provide much more for those who already know this story.

Snowden is out in cinemas December 9th