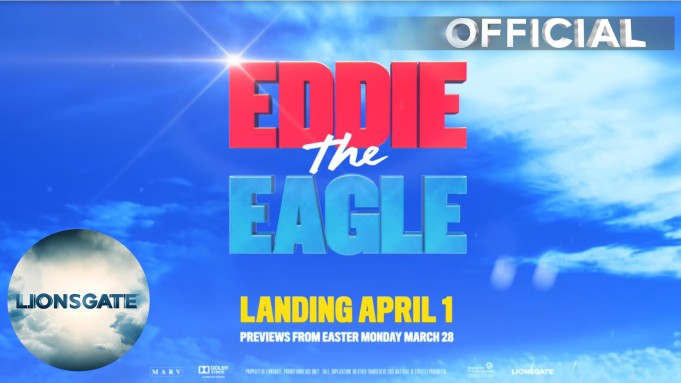 The feel-good movie of the year, Eddie The Eagle may not be due to be released until the 1st of April but it’s already creating an Olympic-sized buzz and you can see why in this new trailer.

SYNOPSIS
Eddie the Eagle follows the realisation of the childhood dream of Eddie, and his unflinching determination to become Great Britain’s first Olympic ski-jumper. Reluctantly aided by former ski-jumper Bronson Peary as his coach, Eddie is unwavering in his quest to reach the 1988 Calgary Winter Games. Eddie the Eagle is an uplifting, inspirational story that celebrates human spirit, passion, and one man’s refusal to accept defeat.

As the official film partner for Sport Relief, don’t forget to do the eagle next time you celebrate a small win! Hugh and Taron explain more

Eddie The Eagle is out in UK Cinemas 1st April.