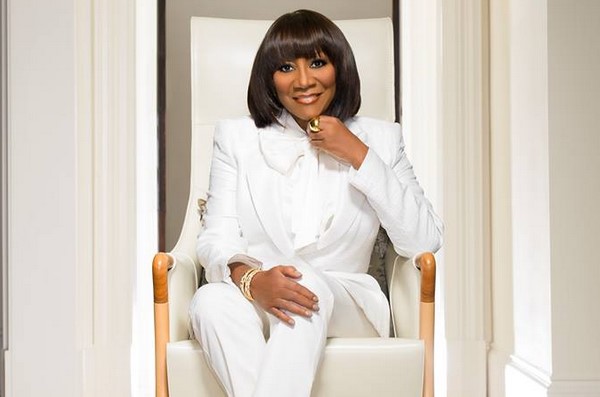 At the age of 71, Patti LeBelle is pretty much a legend in the world of Soul Music, first starting off her career in the group Patti LaBelle and the Bluebells, This union carried on for 16 years before she went solo, and in the early 70’s she released the iconic disco song ‘Lady Marmalade’ which went on to be covered by Christina Aguilera, Pink, Mya and Lil’ Kim.

Her career has been long and for anyone who has been in the music industry this amount of time deserves the legendary status. Patti not only has a successful career as an outstanding singer, but she’s also dipped into the acting world and has been in numerous movies and TV shows too. When we heard that she will be coming to the UK in November to headline the Great Voices of Soul gigs in London and Manchester we jumped at the chance to have a chat with her about what’s been happening in her life this year.

Your career has spanned over five decades, what motivates you to keep going?

Because I still can sing (laughs), so that’s motivation, wake up in the morning and you might do the scales (starts singing the scales) or whatever and I say to myself I’ve still got it. So you continue on and I continue to sing, I will always sing hopefully. When I start singing and it’s not pleasing to my eyes that’s when I will stop.

You’re currently recording a new album, what can we expect to hear from the album?

It’s Jazz and it’s standard Nina Simone music, James Moody, Frank Sinatra. Just those kind of standards, Songs that are not redundant, every line is predictable of you know the lyric. That’s what’s going to come out.

When is it due to be released?

I don’t know when but it’s due to be this year.

Nelly and Kelly Rowland sampled your song, You are My Friend, Love, need and want you in their no 1 song Dilemma. What did you think of the song when you heard it?

I was so honoured, I mean that is a compliment when someone does your music, like the girls from Moulin Rouge, Christina and Pink and all the girls that is such a compliment. I was also in Nelly and Kelly’s video with them singing. It was wonderful.

You have your own line of Sauces and marinades called Patti’s Good Life available out in the US, what made you want to share your recipes and will they be available in the UK?

Since I was a child I used to come up with hot sauce recipes in the garage, and I’ve always been in the kitchen. I love to cook and I love to season foods and so I came up with my own line. There are different products that are in my Patti’s Good Life line, like Patti’s pots and Patti’s plates, just different things for the household. I have a bedding line also in Macy’s. Of course there are plans to bring them to the UK. You also competed in the last season of Dancing with the stars, why did you want to take part?

I had said no for five years and I thought it was finally time to say yes and go out and be tortured and that’s just what happened. I stayed for 6 weeks as one of the celebrities so I did pretty good. I imagined I would only last for two weeks. So I did really well as far as I’m concerned. I loved my partner.

You have a number of shows lined up over the summer in the states, what do you do to get yourself ready for live shows as we can imagine they are pretty gruelling.

It’s not gruelling at all, I go out whenever we perform, we prepare to do 75-90 minute shows each night and it’s a joy. It’s a real joy, I love performing. It seems like I never stop touring, I never stop performing you know. We are always doing something wonderful. It’s been 11 years since I’ve been to the UK and that’s not right, I should be there more often. I wanted to come years ago but sometimes the promoters there not quite right.

You’re headlining the Great Voices of Soul Concert at Wembley Arena on November the 15th, and a Manchester date has also just been added for the 13th of November, have you started planning your set yet?

My set was already planned years ago (laughs), You know what I go out preparing to do whatever I’m asked to do minute wise but within those minutes I don’t know what I am going to do. No planned show for London that I don’t do in Cleveland there all Patti La Belle shows.

What can we expect to hear from you, will we hear music from your new album?

Maybe one song from the new album, but you’re going to hear all old Patti, just be prepared to hear a bunch of Patti. I’m just going to sing my heart out that’s all I’m going to do.

I’m a big soul fan myself and the line up for this concert has got me pretty excited, who in particular are you looking forward to sharing the stage with?

All of them, there is no particular one that stands out I like them all. Make sure I get to meet you backstage at the show.