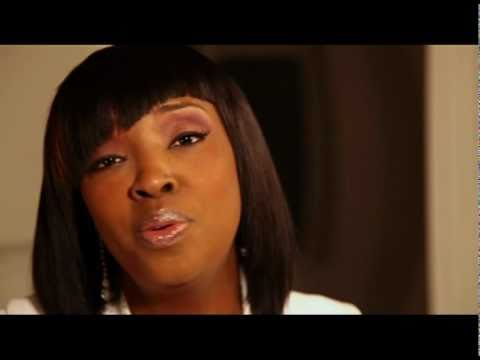 As unique as her name sounds, her style of music is very much the same. Conya brings a wonderfully refreshing gentle yet skilled mix of indie jazz and neo-soul to the music scene, in such a commendable pleasant and inspiring way that it is hard to pigeonhole her into one specific music genre. Born and raised in Cleveland Ohio, she is, in opinion an underrated American Soul singer and song-writer that deserves a lot more recognition for her talents. With four amazing albums already in the bag, at the tail end of last year she released her fifth titled ‘Blu Transition’ named after her first born son Landon Blu. Doss has received numerous awards, such as 2008 Soultracks Award for Female Vocalist of the Year, and Best Female Vocalist” at the 2007 Ohio Hip Hop Awards and will be performing at the Jazz Cafe in April. Flavour caught up with the sensational singer.

You’ve been singing since the age of 5 and grew up listening to many incredible influences such as Stevie Wonder, Chaka Khan and Nina Simone to name a few. Any chances of a collabo with Stevie? That would be amazing!
Yes, to collaborate with Stevie would be an ultimate dream come true. We have to add Prince in there too! Anything is possible!

Who are you currently listening to and really love?
Currently, I am listening to the same songs over and over in my iPod, Anthony Hamilton’s track ‘Pass Me Over’ and ‘Ain’t Nobody Worrying’. I am listening to the Best of Sade, Bonnie Raitt, Eric Roberson and Raheem Devaughn to name a few. The list goes on and on, there so much music that can fit on my IPod.

Being a mother and successful artist how do you find juggling your day to day schedule?
I just pray and keep it moving. Being a mother makes it a bit more challenging because my son is now my main priority. But I firmly believe that there is room for my music. It’s all so new…

Tell me about your album ‘Blu Transition’.
I think that Blu Transition has something to offer everyone, it’s full of soul and emotion because during the creation of this project, I was faced with the deaths of people extremely close to me and being pregnant at the same time, which made it more difficult. So my emotions were sort of on my sleeve and not suppressed.

If you were not a professional singer which career path would you have chosen?
If I were not a singer, I would be teaching, which I currently still do.

How important is religion to you?
Spirituality is very important because I wouldn’t be able to get through so many things without it. The Creator definitely takes the wheel when things get too heavy.

Who do you admire out now?
Anthony Hamilton

Anthony Hamilton said: ‘Doss has a vocal style and ability to make you feel like you know her. Comfortable to listen to yet lovely and soothing. An awesome and underrated talent.’ How does that sit with you?
With Anthony Hamilton giving me kudos speaks in volumes seeing as he is an Artist that I admire. He’s amazing!

What are your plans for the future?
My plans are to keep creating music and enjoy life with those who are dear to me.

For more information on Conya Doss visit her Official Website at: www.conyadoss.com