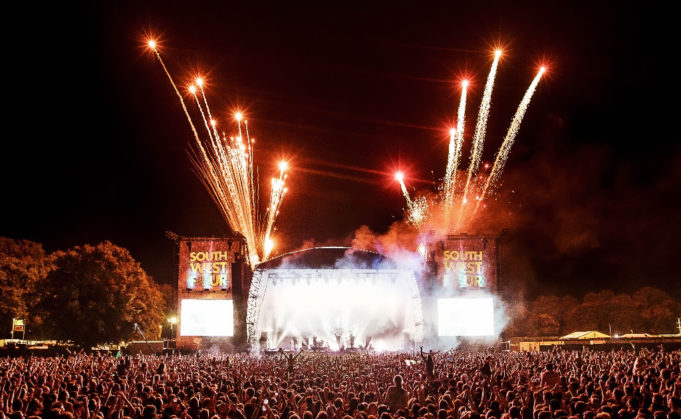 *Exclusive early bird tickets go on sale Wednesday 17th January at 9am* These can be accessed by registering via www.southwestfour.com. General sale tickets will be released on Thursday 18th January at 9am

Ahead of their 15th anniversary on Saturday 25th and Sunday 26th August, highly popular London festival South West Four has unveiled a wealth of the biggest names across the industry for the first phase of the 2018 line-up. With the event looking to pull out all the stops for this special edition of the festival, South West Four has garnered a firm reputation over the past 15 years as one of the most eagerly anticipated music weekends on the calendar and stands tall as the capital’s longest running electronic festival. Featuring a series of exclusives and chart-topping artists, the two-day Clapham Common event will see anonymous American producer Marshmello close the main stage on Saturday 25th August, as he brings his ‘Melloville’ concept to London for the very first time in what will be the masked DJ’s only UK festival show of the year. Having topped the UK charts in 2017 with his Khalid collaboration ‘Silence’, the Mellogang leader’s reputation continues to soar meteorically. He’ll be joined at the festival by his ‘Twinbow’ collaborator Slushii, who will play a world exclusive triple b2b set with Netsky and Bite This head honcho, Jauz. The trio joins an eclectic range of further names added to the Saturday line-up, including top 10 duo Sigma and platinum hitmaker Jonas Blue, who has enjoyed monumental success since becoming the UK’s biggest global breakthrough artist and earned two Brit Award nominations in the process. London favourite Dizzee Rascal will also be playing the Clapham stage in what will be the grime artist’s only festival appearance in the capital for 2018, with buzzy UK rapper Nadia Rose confirmed to make her South West Four debut.

Sunday will see a further glittering cast assembled as multi-platinum-selling duo Chase & Status headline, as they too mark 15 years as an established force in electronic music with 4 studio albums to their name. An act renowned for crafting heavyweight dancefloor bangers, they are set to bring their incredible live show to the South London common in what will be a London festival exclusive. The duo express their excitement around their upcoming appearance and 15 year milestone:

‘2018 represents 15 years of Chase and Status and we couldn’t think of a better place than our hometown London and the legendary South West Four Festival to celebrate. This will be one of only a few live shows we are performing this year and will be one of our best yet!!!’

Drum & bass legend Andy C will also be in attendance to bring his raw, untamed beats to the summer show, while global superstar Craig David is also confirmed to present his hugely popular TS5 brand. ‘Hurtin’ Me’ hitmaker Stefflon Don joins the bill for her South West Four debut, with further appearances from Bugzy Malone, Disciples and James Hype among those completing the first phase of line-up for the 2018 edition.

Amassing a huge back-catalogue of former headliners, including Faithless, Skrillex, The Chemical Brothers, deadmau5, Pendulum (Live), Rudimental, Eric Prydz and Above & Beyond, South West Four started as a backyard party in June 2001 and rapidly grew in number over the next couple of years, moving to Clapham Common in August 2004. As the festival progressed, the crowds increased, and the line-ups grew bigger and stronger than ever before. In addition to the impressive list of headline acts, the festival is renowned for boasting a number of carefully curated stage hosts which include the likes of Amnesia, ANTS, Playaz, and Fatboy Slim’s Smile High Club, with last year witnessing the festival debuts of ‘B Traits, Selects’ and Disciples & Danny Howard present ‘The Following & Nothing Else Matters’.