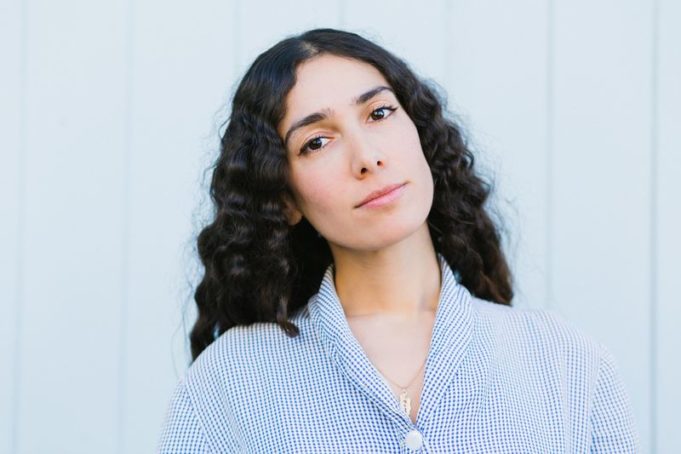 Take a look at the Southbank Centre’s gigs listings featuring David Gray, Goran Bregovic, Dhafer Youssef plus so much more.

Goran Bregović performs the UK premiere of his new album Three Letters from Sarajevo, inspired by Christian, Jewish and Muslim musical traditions, and celebrating cultural differences and unity through classical, klezmer and oriental violin styles. The new album is a message of peace, understanding and appreciation and features a variety of artists from different musical and cultural backgrounds including Bebe, Riff Cohen, Rachid Taha and Asaf Avidan. One of the most internationally known modern musicians and composers of the Balkans, Goran will be joined on stage by an ensemble including Bulgarian vocalists, a brass band and strings for this lively celebration of cultural and religious diversity.

Pianist and composer Jean-Michel Blais blends his conservatoire-level skill and precise pop sensibility with synthetic accompaniment, creating expansive interior soundscapes through live performance. He comes to Southbank Centre’s Purcell Room to perform his most recent album, Dans ma main, exploring the healing power of a collective audience, and music as a tool for wellness.

Offering a dashing musical journey from the dark dens of Yiddish Odessa to the hot club swing of stylish Cafe Society and Django Reinhardt’s 1930s Paris, Troika Klezmer Kabaret explore the music from the wild and savage hinterland of Cossack Russia in the 1890s. Narrated by witty ad-libbing bandleader Wallace Fields, Troika Klezmer Kabaret present a diverse and nostalgic performance with innovation, sophistication and thrilling virtuosity.

Electronica producer Christian Löffler brings his latest project to the Queen Elizabeth Hall. Blending instrumental melodies with elements of techno and house, Löffler’s live shows have been acclaimed by concert hall audiences as well as club-goers. Together with vocalist Mohna, Löffler & Ensemble present unreleased pieces and tracks from most recent albums A Forest and Mare.

Acclaimed American vocalist Lizz Wright brings brilliant colour and vibrancy to original works and compositions by some of the greatest songwriters of our time. Wright has garnered widespread attention as one of the most venerable popular singers of her generation through the release of five critically acclaimed albums. She brings her latest, Grace, to the Queen Elizabeth Hall, alongside revisits to the past 15 years of her rising career.

SÓLSTAFIR: THE MIDNIGHT SUN A LIGHT IN THE STORM

Icelandic post-metal masters Sólstafir bring their transcendent sounds to Southbank Centre’s Queen Elizabeth Hall accompanied by the strings that have textured the band’s recently released sixth full-length album, Berdreyminn. Enveloping the audience in a wave of heady compositions from throughout their career, Sólstafir transfixes listeners with their blend of metal, beautiful melodies, psychedelic moments and classic rock.

Hear the legendary David Gray perform new album Gold in a Brass Age live in the Royal Festival Hall. Exploring electronic textures and sound palettes, along with new production techniques, Gold in a Brass Age is the first album of new material in four years by the singer-songwriter behind 1999’s heartbreak classic ‘Babylon’.

Inspired by imagination, driven by fantasy, songstress Phildel brings her haunting electronica and neo-classical style to Southbank Centre’s most intimate venue to present her first album in over five years, Wave Your Flags. Spanning light, darkness, intimacy and euphoria, rising star Phildel uses this album to reflect on loneliness and belonging, resilience and inner strength.

Bedouine brings her mesmerising voice and magical SoCal canyon folk sound to Southbank Centre. Bedouine, taken from the word ‘Bedouin’, is the name Azniv Korkejian chose to encompass her nomadic experiences. Born in Aleppo, Syria, to Armenian parents, she spent her childhood in Saudi Arabia before moving to America with her family, where she has lived ever since. Bedouine’s music is influenced by the political landscape, mixing 1960s folk and 1970s country-funk with a glimmer of bossa nova cool.

In a long-awaited reunion singer, Sara Hamidi and the Mahbanoo Ensemble mark the arrival of spring and the ancient Persian New Year with a performance of Navay Bahar directed by accomplished Iranian composer and instrumentalist Maestro Majid Derakhshani. Established in 2010 by Derakhshani, Mahbanoo Ensemble is one of the most prominent ensembles in the Persian music scene. This event is also a tribute to the female artists and in particular the female vocalists of Iran.

The supremely talented keyboardist and founding member of three-time Grammy® Award Winning jazz and funk collective Snarky Puppy, Bill Laurance returns to Southbank Centre following his sold-out performance as part of 2018’s EFG London Jazz Festival. Alongside his achievements with Snarky Puppy, Bill Laurance has pursued a fascinating solo career, marked by a highly-rated debut album Flint and his most recent release, Live at Union Chapel, recorded live at Union Chapel in London. Widely travelled as soloist and producer, his solo projects demonstrate an intensely individual approach to both acoustic and electric keyboards.

Friday 29 March 2019, 7.45pm, Southbank Centre’s Purcell Room, Ticketed, £15
Spanish-born pianist and composer Nico Casal has been writing soundtracks since childhood and has written several film scores, including the music for 2016 Oscar-winning short, Stutterer. Performing his debut solo album, Alone, Casal revisits his experiences in East London struggling to survive against the expense and noise of the capital. Alone was born on a solitary Sunday, recorded into Casal’s laptop via a cheap microphone, occasionally adding elements from a £15 broken organ and a small Synth. This performance marks Piano Day – an annual worldwide event taking place on the 88th day of the year (the number of keys on the piano) to celebrate this magical instrument.

Southbank Centre presents a high-impact orchestral celebration of Stewart Copeland’s legendary career, from The Police to Hollywood via Africa. One of the founding members of post-punk powerhouse band The Police, Copeland wrote the scores for films including Francis Ford Coppola’s Rumble Fish and Oliver Stone’s Wall Street. In this epic live performance, his work is arranged for orchestra and co-arranged and conducted by musical director Troy Miller (producer for Jamie Cullum, Laura Mvula and Gregory Porter).

AN AMBIENT EVENING WITH THE ORB & FRIENDS ELECTRICAL

Ambient house pioneers The Orb celebrate their 30-year anniversary with a set of greatest hits and new music in the Queen Elizabeth Hall. Born out of the London club scene and known for their innovative use of samples, The Orb, aka Alex Paterson and Thomas Fehlmann, attracted the attention of legendary tastemaker John Peel and went on to release the album Adventures Beyond the Ultraworld, widely recognised as a masterpiece of the genre. The show is part of Krankbrother’s Re-Textured.

Moostak Trio explores improvised music, reacting to each other with moods and textures to open up a wealth of possibilities. Set up by London based guitarist and composer Harry Christelis, the ensemble is completed by friends and collaborators Dave Storey and Andrea Di Biase, with influences spanning jazz, folk, pop, ambient, blues, and electronica.