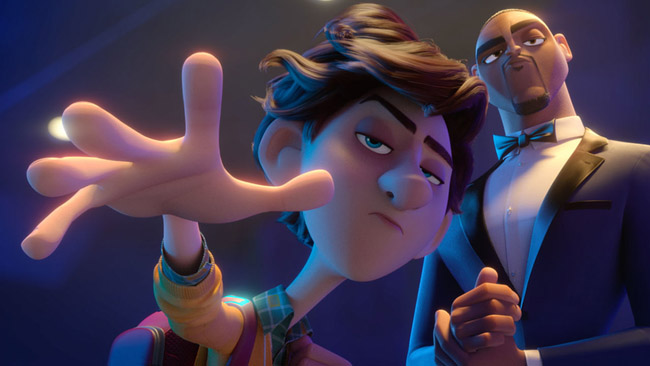 Pure, honest to god entertainment oozes out of every feel-good moment. Who knew Will Smith as a pigeon would be a winning formula?

Troy Quane and Nick Bruno make their directorial debut with an animated Bond gone wrong. Pairing together the voices of big Willy himself, Will Smith, and the newest Spider-Man, Tom Holland for the long in development fun-sized feature. The message: to teach kids to fight physical violence with hugs and kittens.

Smith voices Lance, a suave and much-loved secret agent with an ego the size of Mount Everest. Suited and booted he prefers to work alone and kills his missions with highly trained skills and futuristic gadgets – He is very much a legend in his own time. Holland voices Walter Beckett, the geeky gadget whizkid that everyone overlooks. His one mission in life is to spread peace without shedding blood with gadgets that mesmerise the villains with its visions of cute cats before exploding glitter balls on unsuspecting henchmen.

Lance’s world comes crashing down around his ears when supervillain Killian (Ben Mendelsohn) sets him up to become enemy number one amongst those he has worked so hard for. Having to go on the run, Lance heads to Walter’s house for help. Thankfully, Walter has a secret weapon in development, one that can change any agent into any animal they choose. Unfortunately for Lance, he ends up as a Pigeon with no known antidote readily at hand and the unlikely duo are forced to work together to clear Lance’s name.

There is nothing new in this story but the constant bickering between Smith’s disgusted pigeon and Holland’s love will win the day attitude is a total joy to watch. No matter how much Lance detests the form of his Pigeon with a 360-degree view, being forced to see the world in the new light slowly opens up his compassion, (including learning that pigeon’s toilet habits would turn the stomach of any man of steel) and melts away his ego whilst being come on to by Walter’s own pet pigeon.

With the glossy sharp visuals, the duo travels the world to seek the chiselled and stealth Killian. The fun dialogue comes thick and fast as the pair Bond, and their loyalty to each other – and a few other waifs and strays they pick up along the way – become a winning formula. Pure, honest to god entertainment oozes out of every feel-good moment.