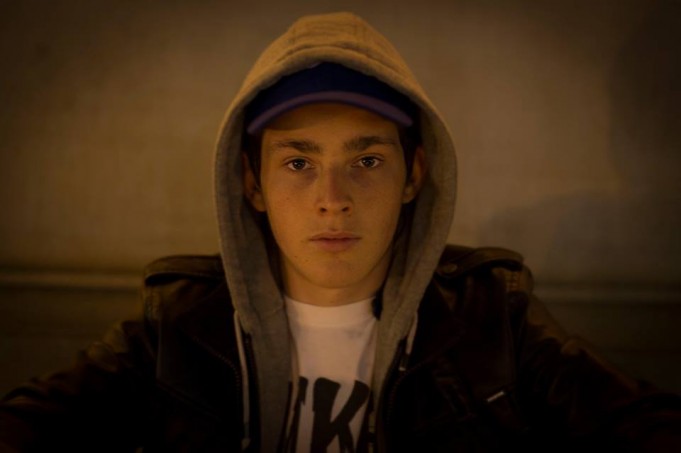 It’s fair to say at the young age of 15-years-old Aussie rapper Dex copped a lot of slack at school for wanting to be different, and having a different dream. However, although Dex dreamed of becoming a rapper even he couldn’t predict that one of his teachers’ would come and support him at one of his shows. Having already released two mixtapes under his belt, Dex is due to drop an album dubbed “World Keeps Spinning,” an album which will evoke raw emotions, destined for real hip-hop enthusiasts.

We chat to Dex on what we can expect from the debut album, what it was like having a teacher come to a show and why starting out young is the best way to do it. Margaret Tra writes.

Your latest track “World Keeps Spinning” addresses the chaos that’s going on in the world.  Tell us more about it.

“World Keeps Spinning” conveys a message that the world literally does keep spinning despite all the problems that surround us. I basically ask people why all this stuff going on in a hope that it opens people’s minds a little. We live in a world where we are so ignorant of everything around us; I’m the same at times, so hopefully people will listen to this and think a little more. This was a real cool song to write and I love the hook!

You’ll be dropping an album with the same title, what can we expect?

“World Keeps Spinning” is coming together really tight. It is definitely the most professional collection of music I’ve worked on with my producer Vin Ralph. It includes a variety of different vibes including deep stuff and positive stuff, but it will be a big step up from my older tunes. We are only at early stages of production and recording but it’s slowly coming together and I’m really excited to show people.

Do you think it’s beneficial to start as a younger rapper?

For sure! No doubt. I think it’s great to start when you’re young. Personally I’ve made a lot of mistakes but I’m stoked that I have, I’ve learnt a hell of a lot. When I started out I copped a lot from school peers about doing something different, but as I’ve grown older and people have matured it’s died down and I’ve learnt how to not let the opinions of others get to me. It’s been a blessing in disguise.

One of your teachers actually came to your live show?

Yeah!  Shout outs to Mr. Hiller. He is probably the coolest teacher I’ve had. He listens to cool music and has actually turned my maths grades from bad to good. I’ve got a ton of respect for him! He said he is coming to the next gig so I’m stoked.

If you could work with any artist who could it be?

Allday or Pez. that would be insane! Allday’s new album is way too good!

How do you think hip-hop is progressing in Australia? Do you feel supported?

I think it’s growing pretty fast , it’s awesome to go to a Bliss N Eso gig and stand amongst a sea of thousands of people, apparently that never use to be the case , and absolutely I love all the support I get from my listeners.

Will you be working with any international artists?

Who are your influences?
Eminem , 50 cent , 360, Pez, Allday, Bliss N Eso , Hilltop Hoods, Mantra and Eloji.  Plenty more but those guys are probably the biggest.