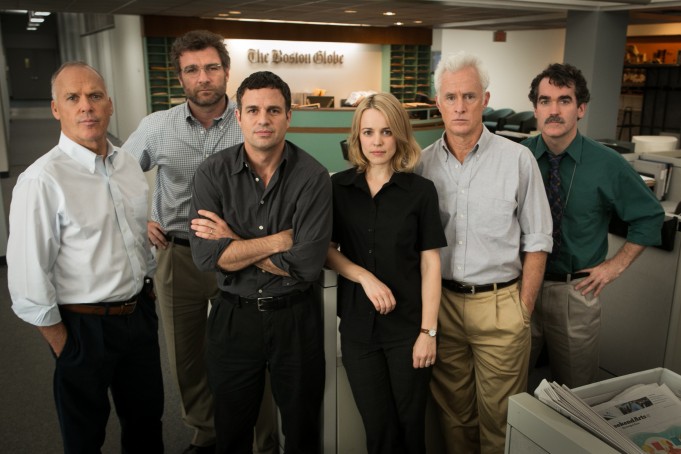 For many centuries the Catholic Church has always had its dark secrets, this is a fact and has been proven time and time again, in Spotlight we embark on the true story events of one journalistic team in America to unearth the truth of the rampant paedophilia amongst its priests in Boston.

Before the Spotlight team even embarked on this dark and devious cover-up of priests abusing children and trust in their congregations, a number of single cases had been reported and landed on deaf ears, It wasn’t until the Investigative team at Boston Globe, Spotlight took on this investigation that the true extent of these vile acts really blew and it was down to their excellent work that earned them a Pulitzer Prize. When the newly appointed Marty Baron (Liev Schreiber) is brought in to shake things up at The Boston Globe he hits the ground running on his first day with the news that he wants the Catholic Church investigated for a story, being an out of Towner at a paper which was very much reliant on its grass roots employee’s it was met with some trepidation but not by the Spotlight team, which is headed up by Walter ‘Robby’ Robinson (Michael Keaton).  It almost set’s off a fire in their bellies. Very quickly the team, Mike (Mark Ruffalo), Sacha (Rachel McAdams), Matt (Brian d’Arcy James) begin to dig into just one story but they weren’t ready for what was about to unfold.

As lead Investigative Journalist Mike doesn’t like to give up he constantly gets in the way of lawyer Mitchell Garabedian (Stanley Tucci) who over the years has represented many victims of priest molestation and more. Mitchell is very skeptical at first but as Mike builds his trust he opens up little by little giving the team an insight into how deep the church corruption really runs and that this is not just a local epidemic but goes much further.

In order to run their story, they need damning evidence, this lies in sealed court papers from previous cases (which have been covered up). The Boston Globe apply for a motion to the courts for these documents to be made public which obviously causes some major resistant from the Church itself. The team never give up and once Mike finally has the proof he needs to write up the story he is told ‘not yet’. At this point Mark Ruffalo pours out every last pent up emotion he has, his frustration is felt and the passion coming from his performance will tug on the heart strings.

Spotlight also makes you wonder, whatever happened to this kind of investigative journalism, the need to fact found and give a true account of a situation, a story instead what has become a quick turn-around for the gossip hungry need for a story yesterday whether it’s true or false.

With such an exceptional cast it would be wrong to pinpoint just one performance as it’s clear enough to see each were truly focused and passionate about the story they wanted to tell and the courage of the people they were portraying.

Spotlight is out in UK Cinema’s 29th of January.