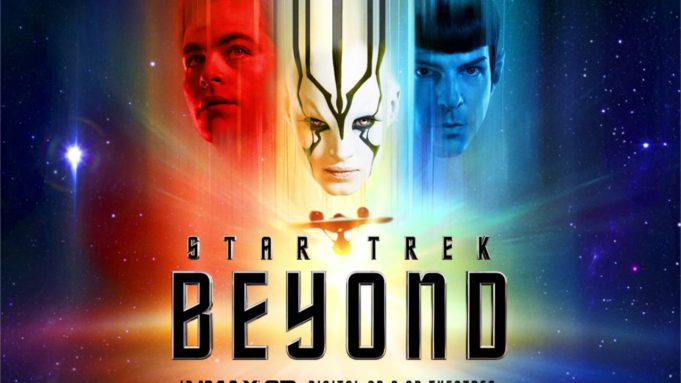 With the release of the next installment of the Star Trek Franchise, Star Trek Beyond, next month a brand new living poster has been released.

Directed by Fast and Furious Director, Justin Lin, Star Trek Beyond see’s a returning cast of Chris Pine, Simon Pegg, Zachary Quinto and Zoe Saldana at the helm of the enterprise.

As always with Bad Robot films, a lack of information or footage from the film has been released. Just to keep us all guessing and build up the anticipation.

All we have in the form of a synopsis is;

Stranded on a hostile planet, Capt. Kirk (Chris Pine), Spock (Zachary Quinto) and the rest of the Enterprise crew face an alien threat.

Star Trek Beyond is released in UK Cinemas July 22.