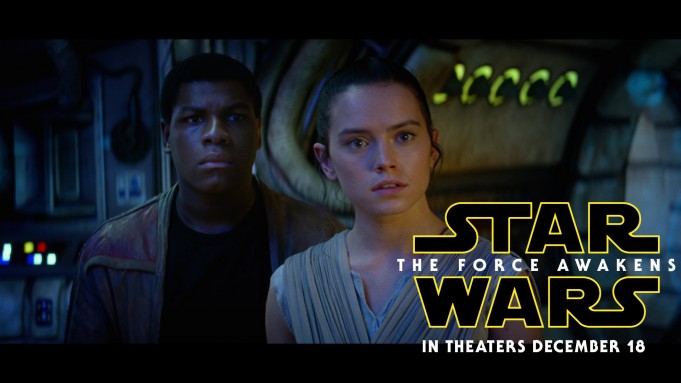 The release of Star Wars: The Force Awakens is only a matter of weeks away IMAX have released an Exclusive piece of Art for the film. The IMAX release of Star Wars: The Force Awakens will be digitally re-mastered into the image and sound quality of An IMAX 3D Experience® with proprietary IMAX DMR® (Digital Re-mastering) technology. The crystal-clear images coupled with IMAX’s customised theatre geometry and powerful digital audio create a unique environment that will make audiences feel as if they are in the movie.