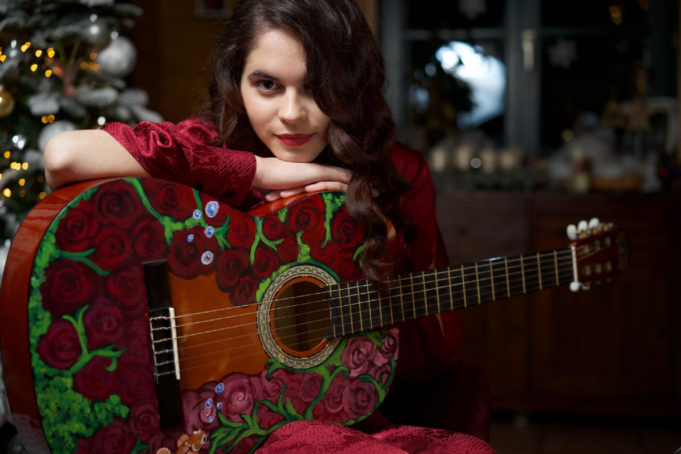 Hailing from a small town in Germany, Pop artist Stella Scholaja comes back with her second album, Miracle on the 14th February.

The 11 track collection titled Miracle showcases the natural Folk sound of Stella Scholaja whilst she blends elements of Pop into her beautifully expressive lyrics.

Her upbringing has had a huge impact on her musical interests with classic 70’s bands such as the Red Hot Chilli Peppers and Queen influencing many of her lyrical decisions. Miracle could be compared to work of Lennon Stella and Bjork, an alternative pop record.

Stella describes her writing process as spontaneous and organic, she writes lyrics when she feels passionate about something. It suddenly dawned on her one morning that her album was ready after independently producing each of the 11 tracks in her own home studio.

Stella Scholaja is not only a talented Singer/Songwriter but also works tremendously as an advocate for mental health She was diagnosed with the fatal neurological-muscular disease Myopathy during her teenage years and has since worked hard to put her focus on research towards experimental treatments for incurable diseases.

Miracle – Stella Scholaja is set to be released on the 14th February to all major digital platforms.