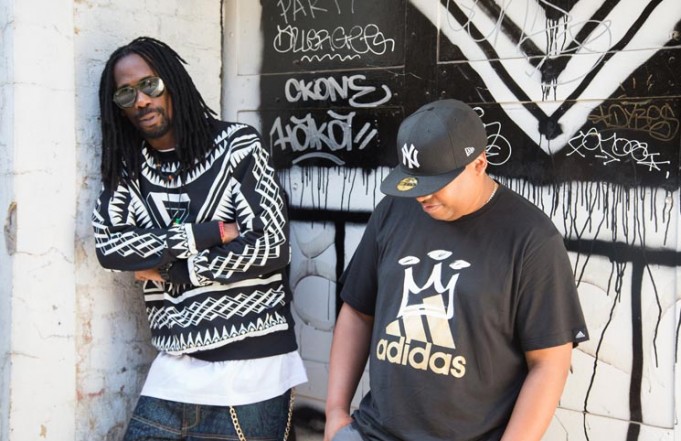 Remember that nostalgic feeling you’re get when your in a club and the DJ plays General Levy “Wicked”, yeah you know that feeling, “Wicked Wicked, Junglist Massive… or when the DJ plays Ms Dynamite’s “Boo” and all you want to do is sing the song and dance.

Industry heavyweights with more After more than 20 years, GENERAL LEVY returns as lead MC on Pull Up, the new track from UK producer extraordinaire, Sticky
General Levy, real veteran of the UK urban music scene, grew up influenced by reggae music and black culture. At the age of 19 that General obtained international recognition, awarded with several prizes: best reggae album, best single for ‘Heat’, and UK premiere MC. Shortly afterwards came General Levy’ssong ‘Incredible’ – a monster of a record which achieved worldwide success hitting top ten status in the UK national charts and is still played to this day.
Richard ‘Sticky’ Forbes built his reputation as one of the UK’s leading producers and DJ in the last 20 years. His distinctive sound not only made his music anthemic in the clubs, but also help launch the careers of a number of the UK’s leading talents including the Mercury Award Winning Ms. Dynamite.
Pull Up has been gathering momentum since blowing up Notting Hill Carnival – it’s just been added to the Radio 1 playlist, watch out for this one!

We’ve been listening to the track in our office for a while now and can’t wait to hear it pumping in a club with real bass. Check out the image gallery above of both General Levy and Sticky and look out for our EXCLUSIVE interviews coming soon to flavourmag.co.uk