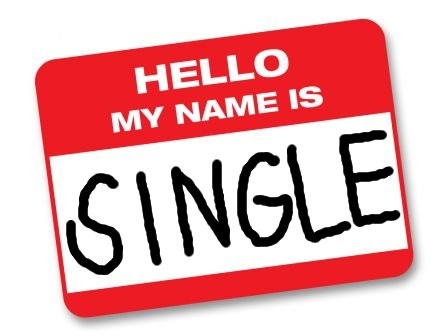 Three quarters of the UK youngsters are still single 26% is looking for Mr/Mrs Right through online dating.

One out of three UK youngsters puts getting married and having children in the top 5 of their bucket list (the list of things to do before they die). The search for Mr/Mrs Right occupies top position. But only 1 out of every 4 of those aged 15 to 25 in the UK are currently in a relationship. The US, Turkey and India are the 3 countries with the highest number of singles. In India the percentage of singles amongst youngsters is even as high as 90%. Both in Russia (58%) and in Germany (62%) there are much fewer singles among the youngsters. For the occasion of Valentine day, InSites Consulting organised a global survey into the behaviour of youngsters as to relationships and sex.

Four out of ten of the 15-to-25-year-olds in the UK already went on a date without the actual intention of starting a relationship. In Brazil, Germany and Italy, no less than 6 out of every 10 youngsters says they date without being interested in a relationship. Almost 3 out of every 10 (26%) UK youngsters (aged 15 to 25) have already experienced online dating and about 10% definitely wants to try it in the near future. According to Joeri Van den Bergh, co-founder and Gen Y expert at InSites Consulting, this is an underestimation. “These past few months we have noticed an increase in the popularity of dating apps such as Tinder which allow to find a match rapidly and with little effort, without having to actually surf to a dating website. It goes quicker, is location-linked and is fully equipped to appeal to Millennials, who in the end are known for their efficiency and limited attention value.”

First French kiss at the age of 15 years and 2 months
An average British teenager is aged 15 years and 2 months at their first French kiss. This means that the UK number is not significantly different from the world average. In Brazil youngsters start slightly earlier (around the age of 13) whereas the first real kiss comes slightly later in India (19), China and Turkey (both at 18). On average, a UK youngster has had seven kiss partners, which is a bit below the world average of eight. In Brazil (15), Sweden (15) and the Netherlands (10) youth has a significantly higher kissing experience. About half the youngsters (56%) have already French-kissed in public, which is comparable with other countries. About 35% already kissed at school or at work and a mere 20% dared to kiss in front of the parents.

4 out of 10 youngsters watched porn and 36% already sent a naked picture or video of themselves to someone else
20% of the UK youngsters put sex in the top 3 of leisure time activities. Which means it comes 5th after surfing on the Internet, listening to music, hanging out with friends and gaming. The number in the UK is significantly higher among boys (28%) than among girls (13%). The average age for a UK youngster to have sex is 17 years and 7 months, which is older than in the rest of the world. Mainly in Sweden, Germany and the Netherlands, youngsters are sexually active before that: on average around their 16th birthday. An average of about four sex partners makes the British youth less experienced than many other countries, with Sweden and Germany (both seven sex partners) in pole position. In Britain, 35% of the 15-to-25-year-olds has one sole sex partner, 18% had two 12% three and 16% claims to have experience with more than seven.

35% of youngsters already had a one-night stand and 21% already got tested for HIV
53% of the 15-to-25-year-olds in the UK already had an erotic dream, in which a good friend played a part; for 38% the teacher or boss played the main lead in such a dream. 35% of the youngsters had at least 1 one-night stand and 22% has already cheated on a partner. 21% already got tested for HIV and 23% thought at some point to have gotten an STD (sexually transmitted disease). In the UK 23% of the 15-to-25-year-old girls already used the morning-after pill at some point, a percentage which is significantly lower than the global average (30%). A mere half of the UK youngsters already talked about sex with their parents.

About the survey
The facts and figures in this press release are based on a global survey realised last summer by InSites Consulting among 3,485 respondents aged 15 to 25 (youngsters) in 13 countries: the United States, Brazil, Russia, India, China, the United Kingdom, Germany, France, Sweden, Poland, Italy, the Netherlands and Belgium. The sample was representative for each country’s younger population.

Joeri Van den Bergh is author of the book How Cool Brands Stay Hot and co-founder of InSites Consulting, a global ‘new generation’ research agency with offices in the US, the UK, the Netherlands, Romania and Belgium. During his entire career he has focussed on research and marketing for children, teens and young adults. His customers include international brands such as Lego, Nokia, Sony, MTV Networks, Danone, Unilever and Coca-Cola, whom he did research for.
Follow Joeri on Twitter: @Joeri_InSites